The planned residential building is located in one of the most beautiful residential areas of Düsseldorf, in the ‘White Estate’ in Golzheim. This estate was constructed by the National Socialists in 1935/36 in a period of one and a half years as a model estate that formed part of the propaganda exhibition ‘Reichsausstellung Schaffendes Volk’, meaning ‘Productive People’. The estate, which comprised 95 whitewashed brick houses, formed the south-easterly limit of the former exhibition grounds and is directly adjacent to the Rhein River. The Nazis used the estate as a prime example of the ideal artists’ and workers’ estate according to National Socialist principles. All the houses were constructed in accordance with so-called model buildings and their rural village character was in line with the guidelines of the ‘Gauheimstättenamt’ or ‘local homestead department’.

As the required rooms could not be incorporated in the existing building it was decided to replace the house with a new structure. Despite strict stipulations for land use it was possible to double the useful area through corresponding organisation of the layout within the given building plot. This was achieved with a very simple structure without any dormer windows or other structures on the roof that could have been regarded as distracting. Thanks to its formal restraint the new building integrates well into the surrounding structures without negating it contemporary character as an example of 21st Century architecture. 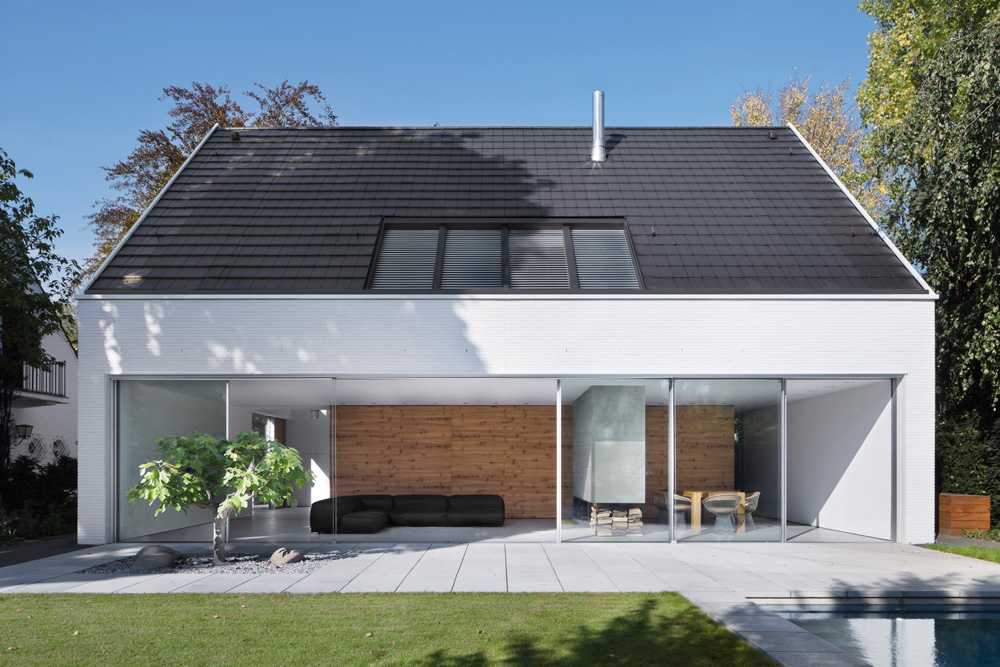 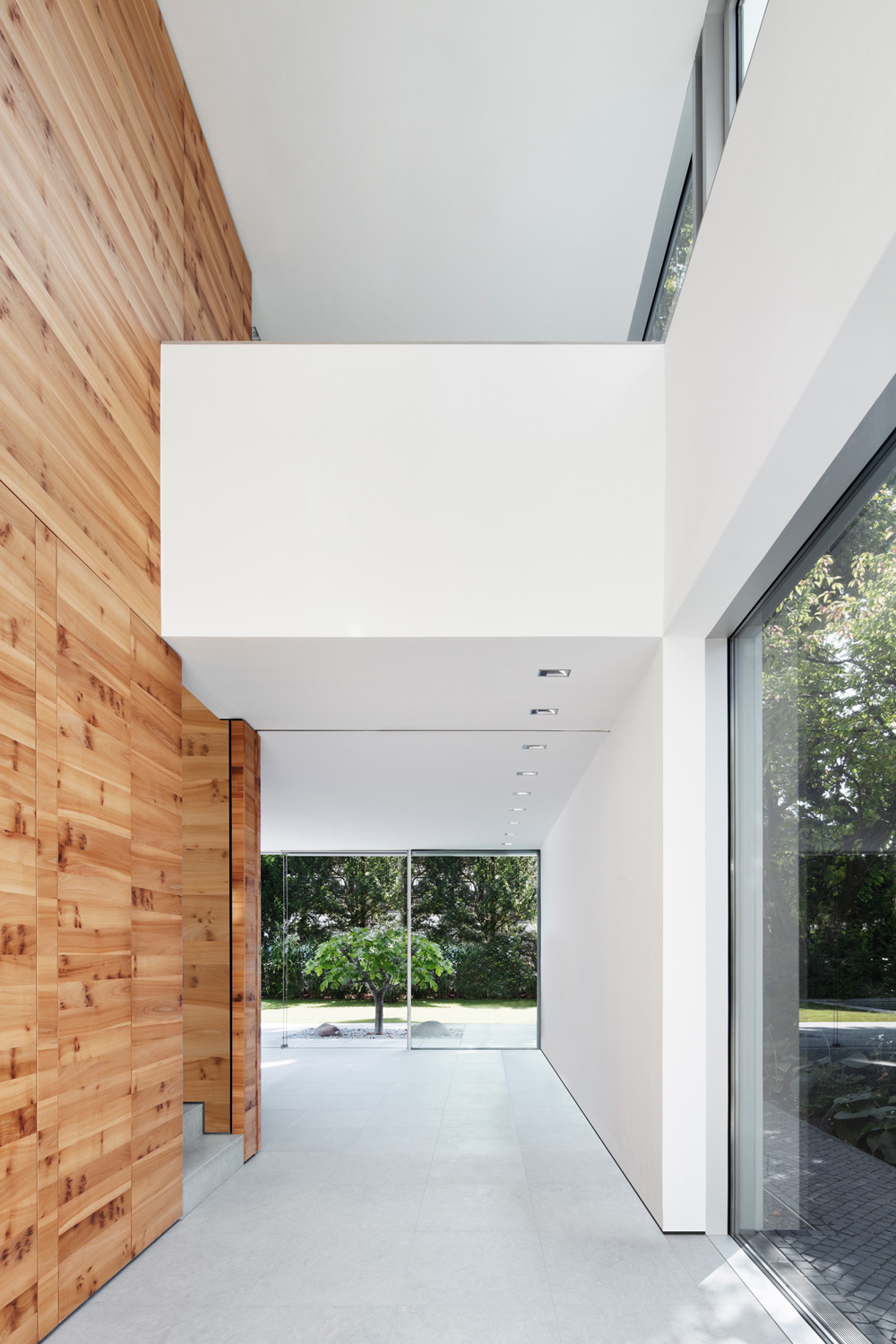 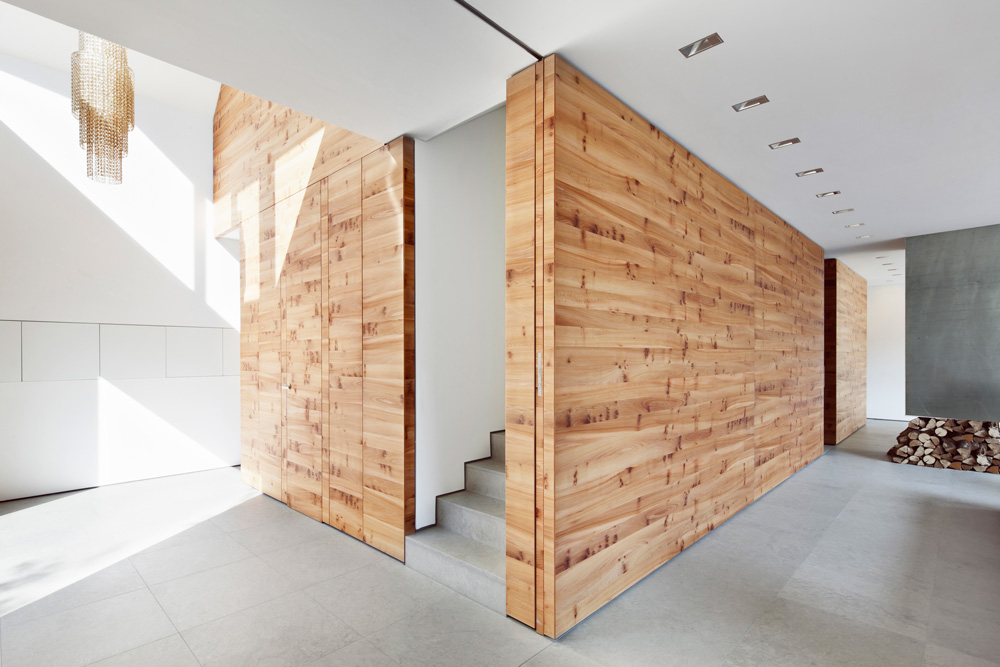 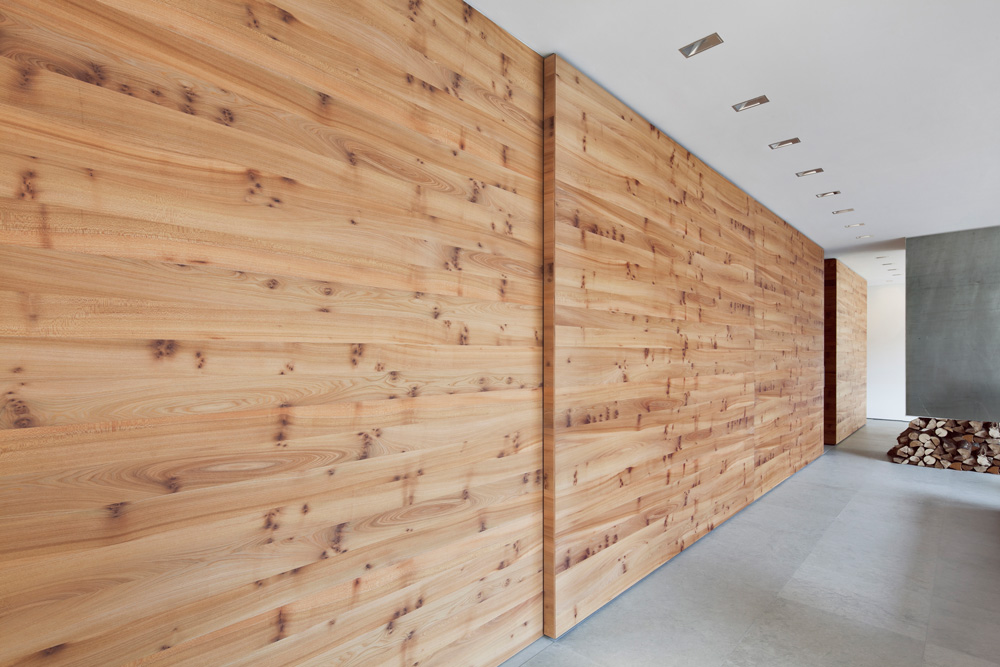 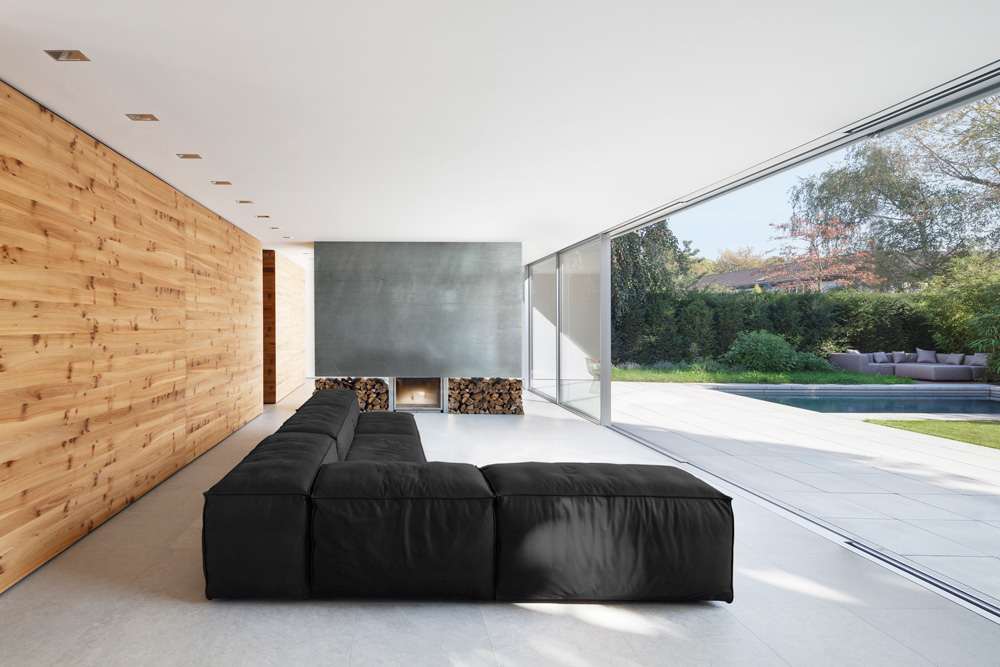 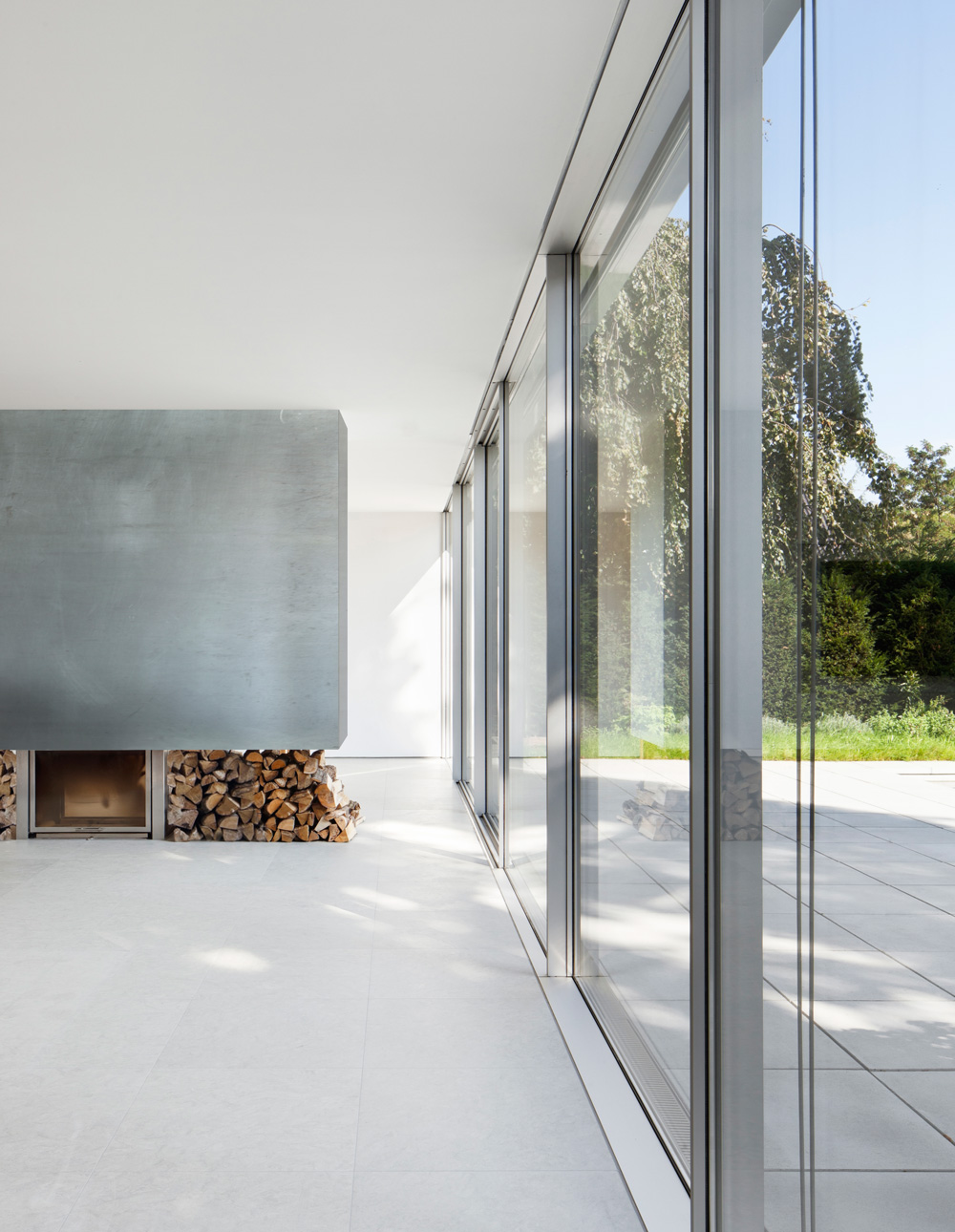 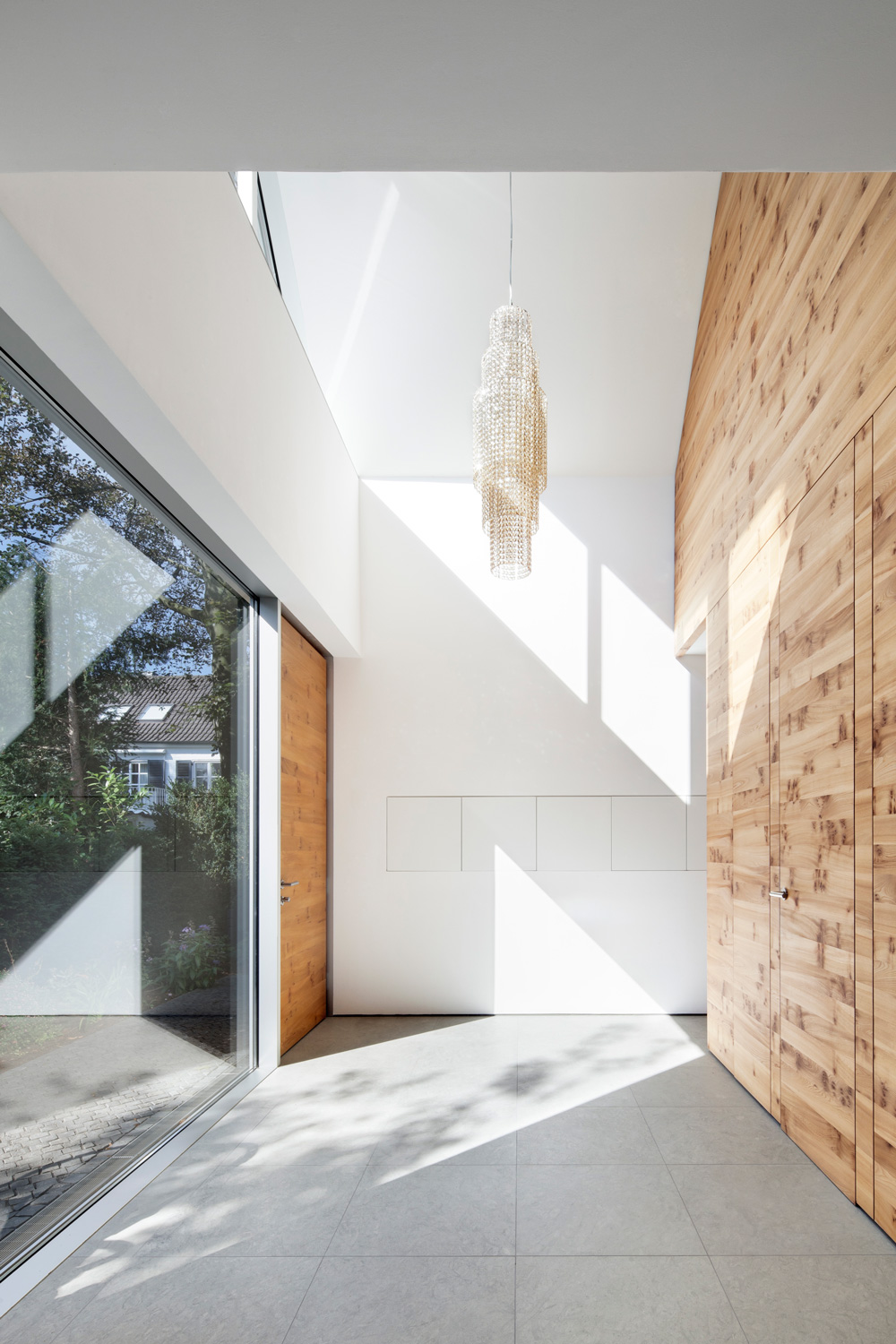 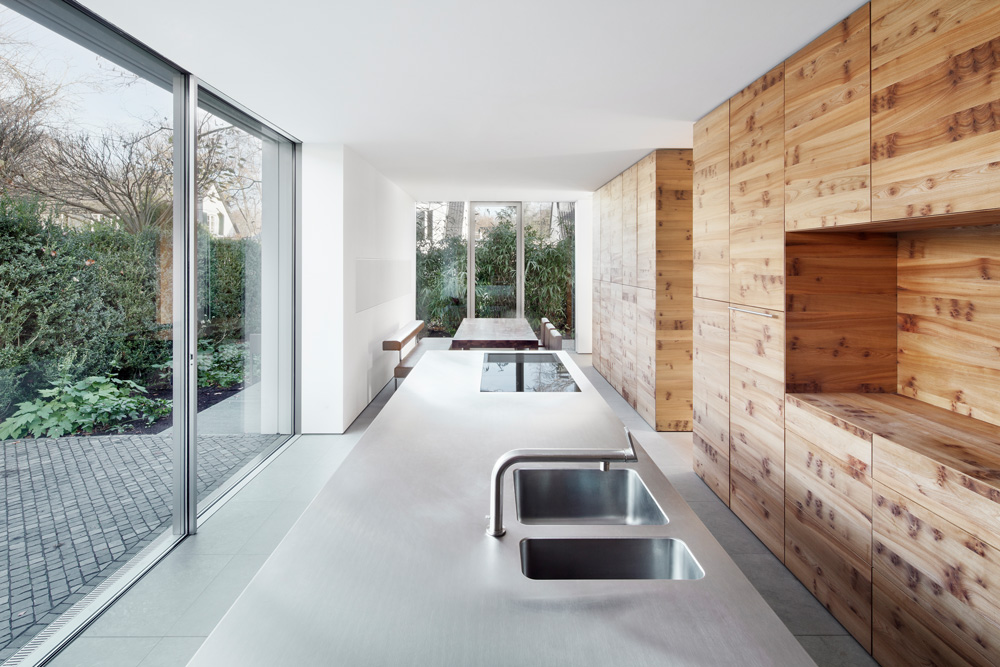 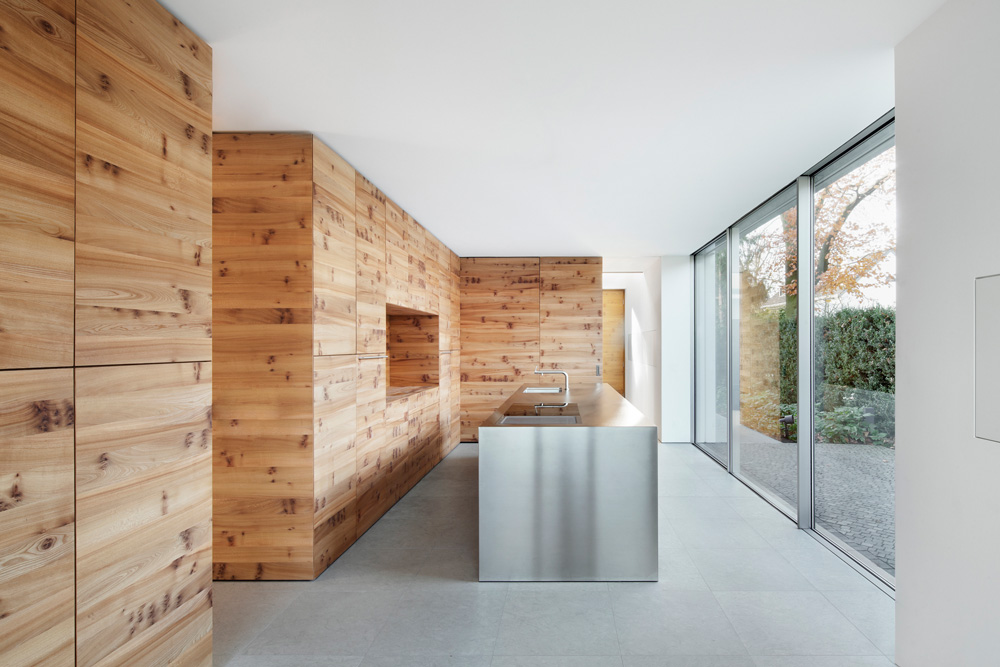 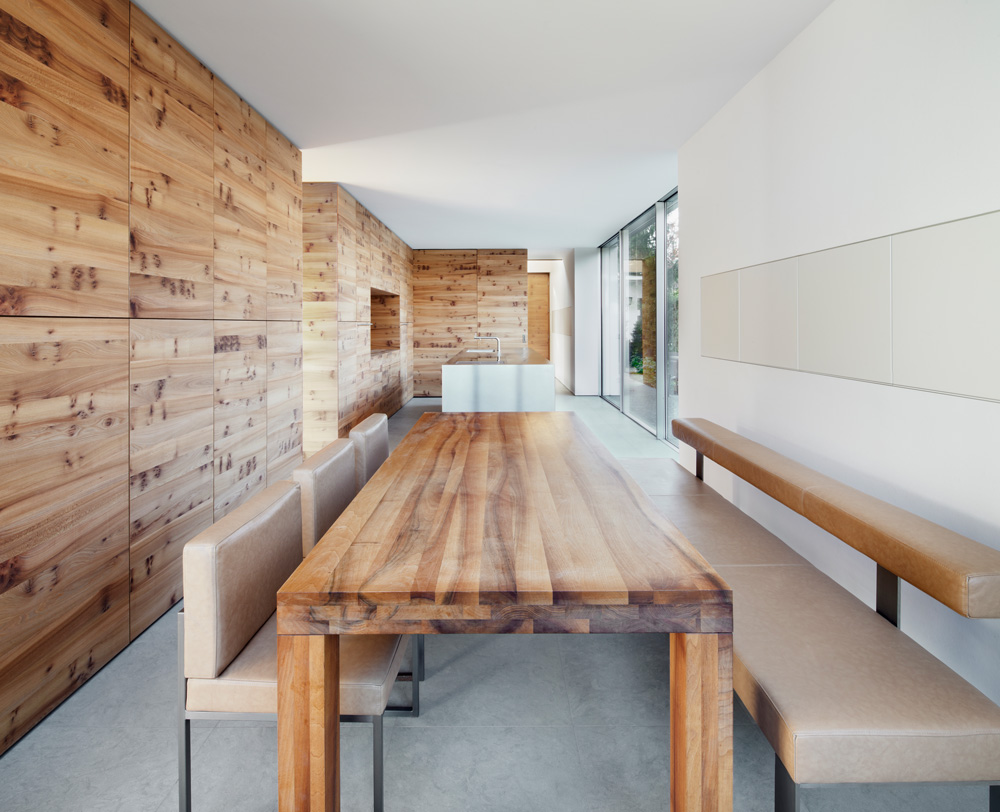 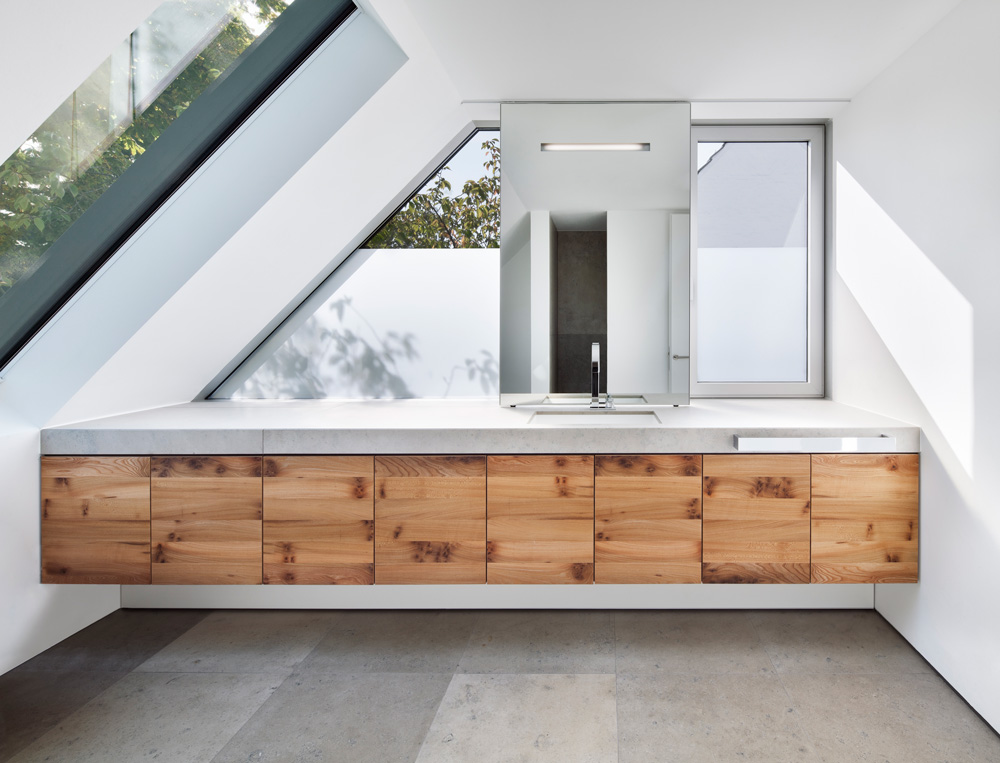 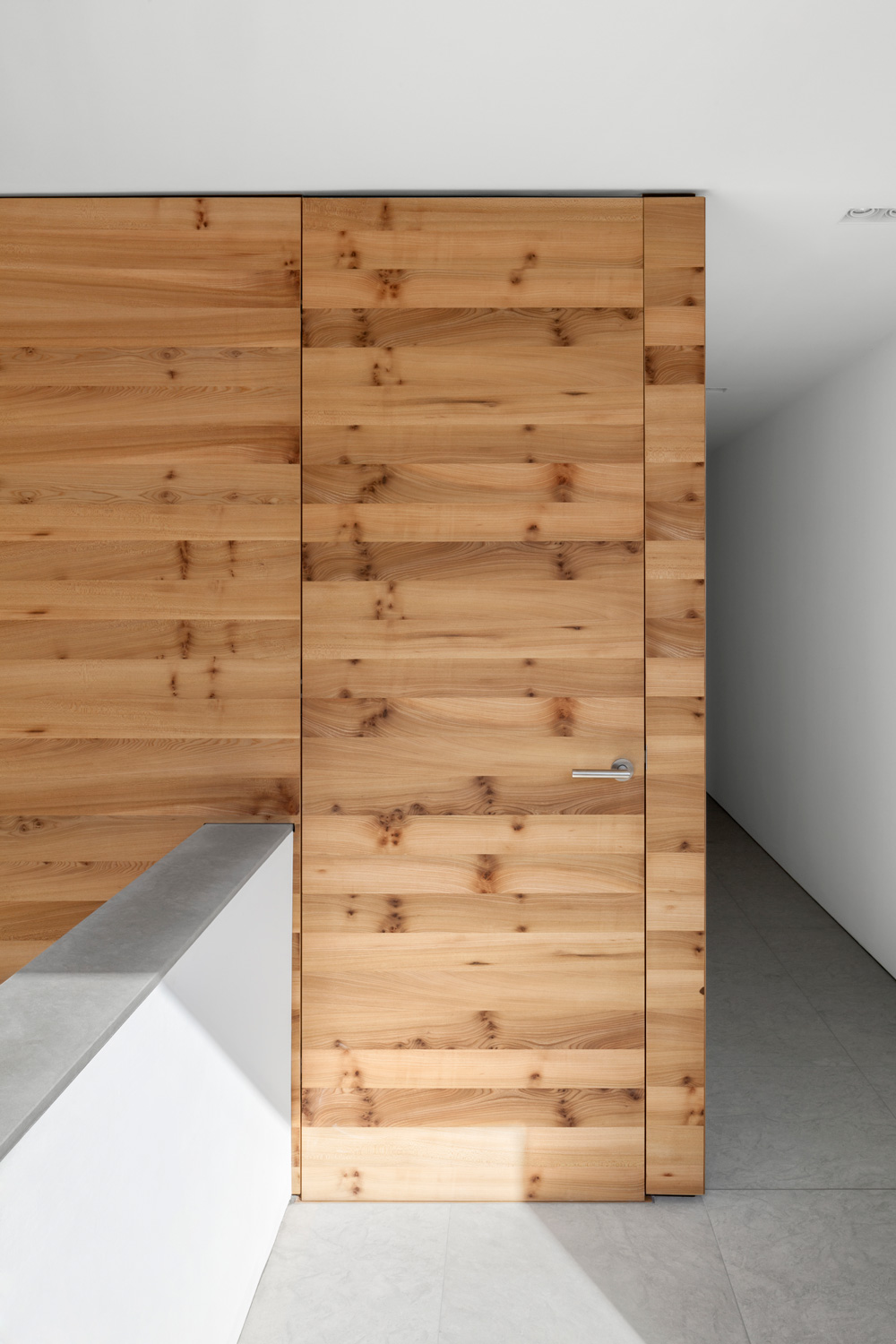 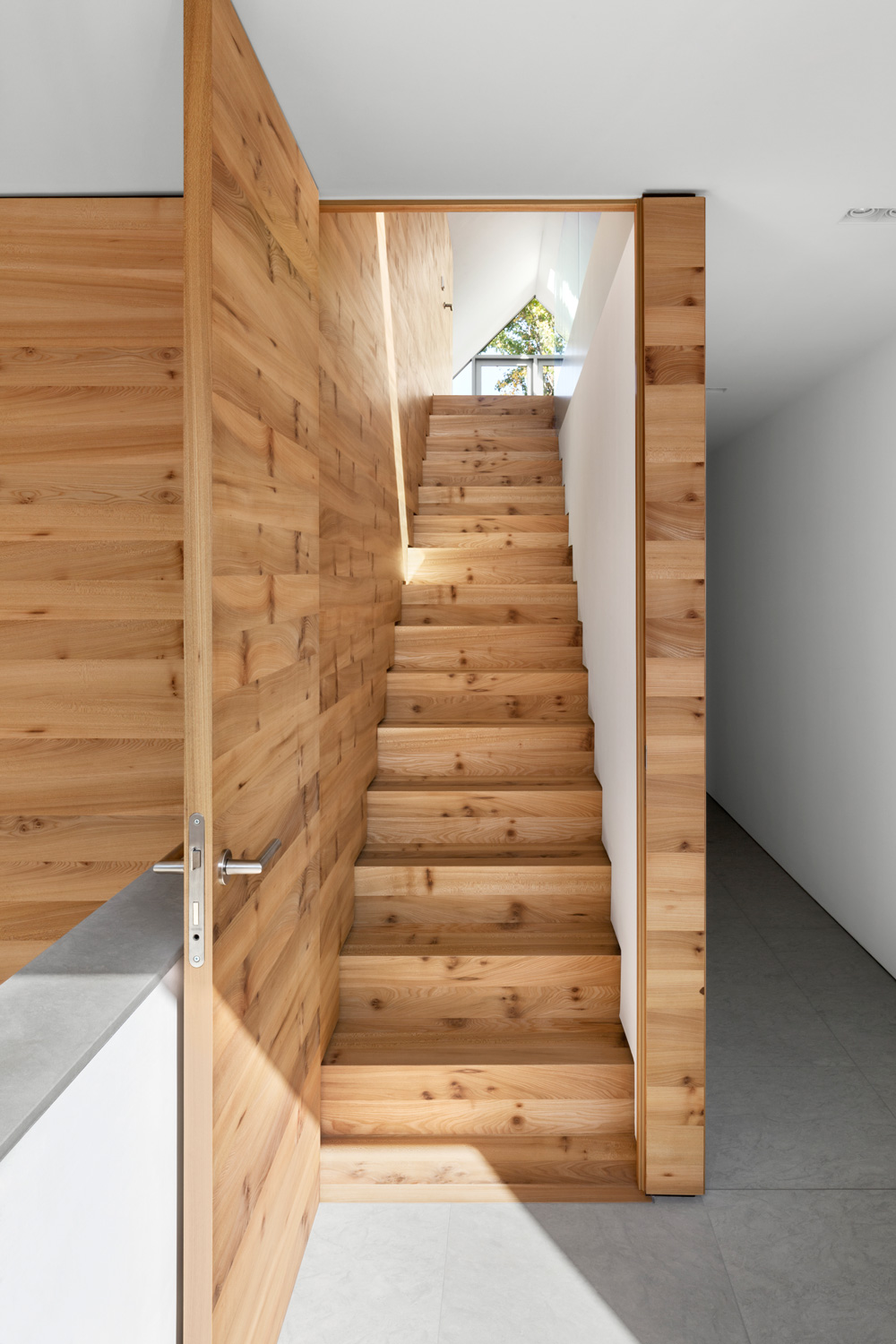 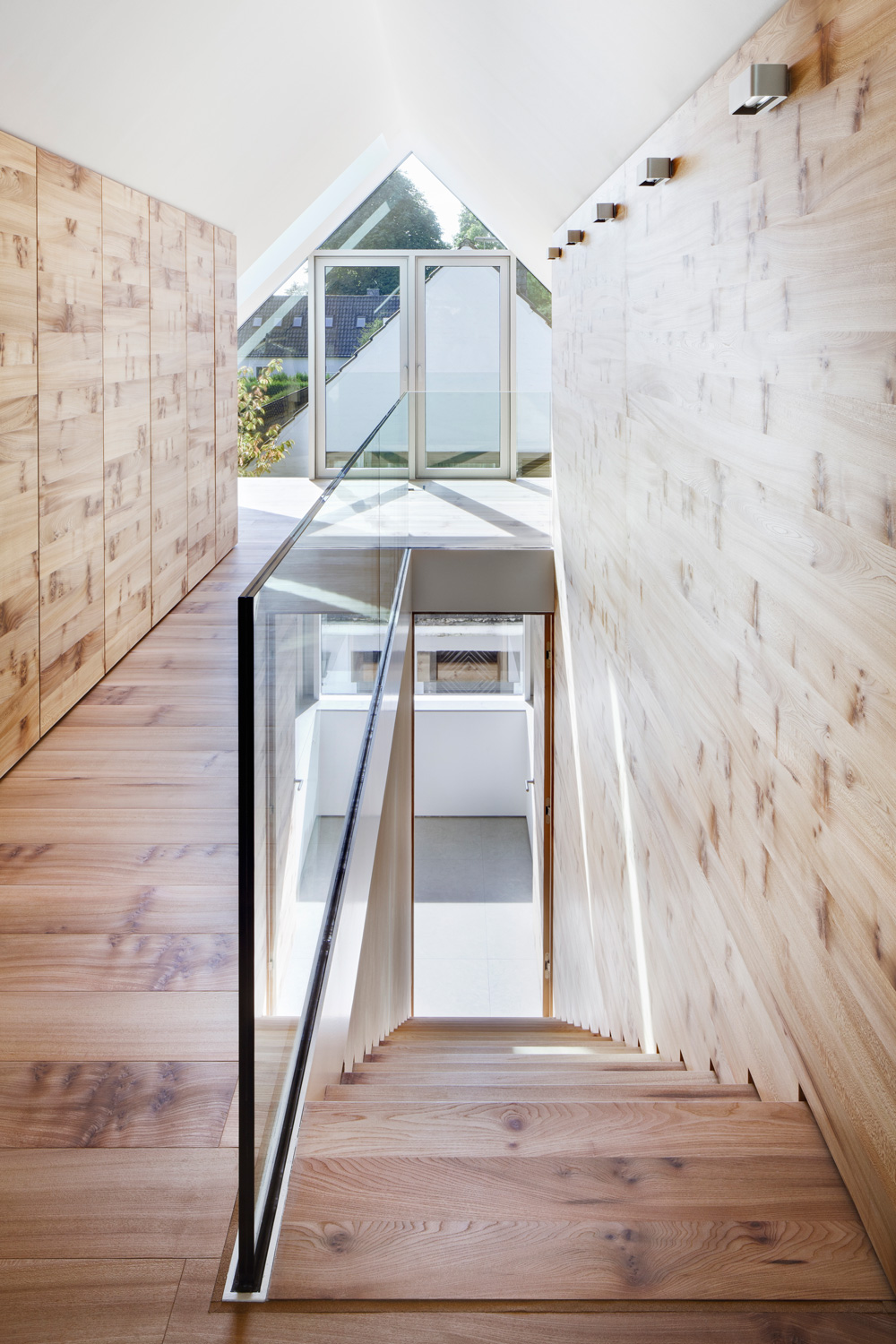 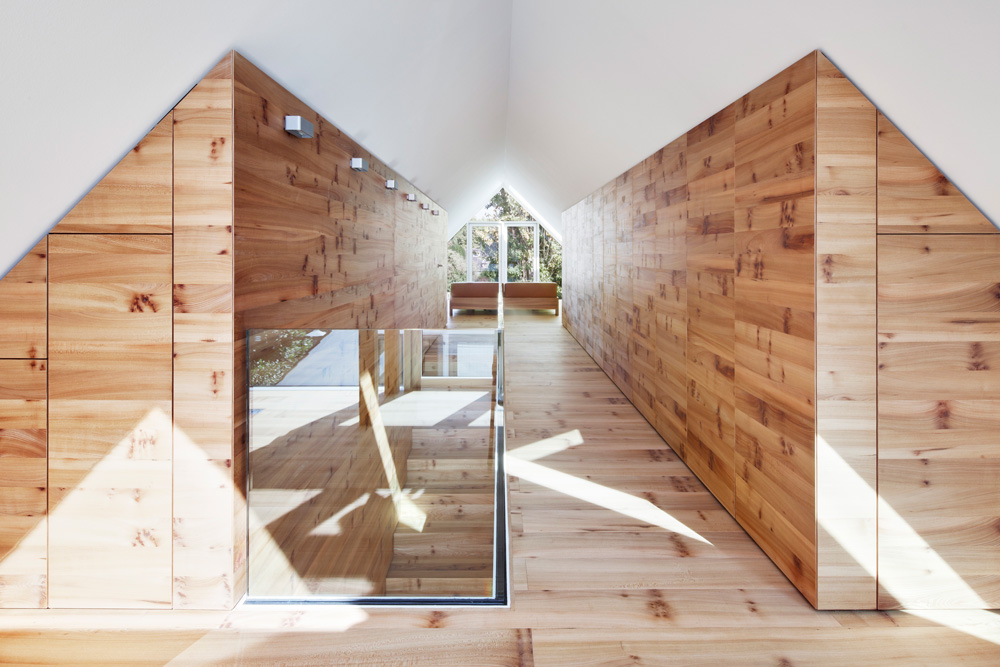