The former factory building was converted to an inner-city living space in 2000. At total of 51 living units with various layouts were created in this listed former industrial area. One of the most spectacular was the tower apartment on the intersection of two streets, which extended over three floors and changed hands in 2008.

Because the requirement for additional living space could only be partly satisfied by changes to the layout the idea was formed to add a further level to the tower. The architectural style of the new level purposely stands out from the existing building. The transparent glass and aluminium structure creates a clear contrast to the punctured façade of the historical brick architecture. A small shadow gap separates the additional storey from the existing building. The repetition of existing colours does, however, refer back to the older building and facilitate integration into the complex as a whole. 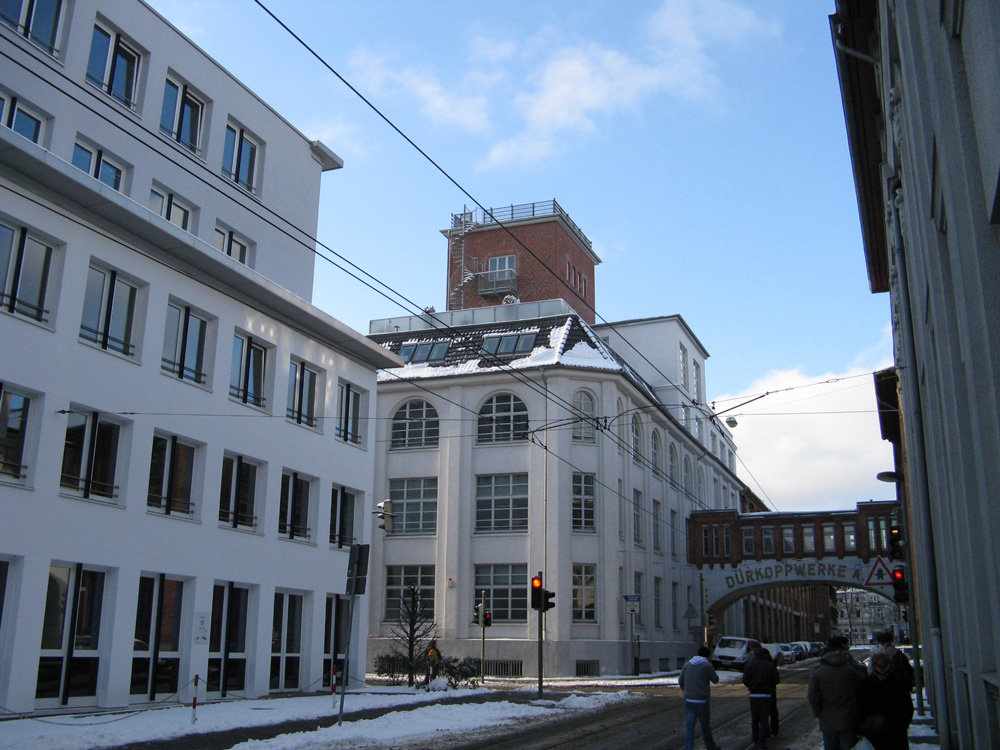 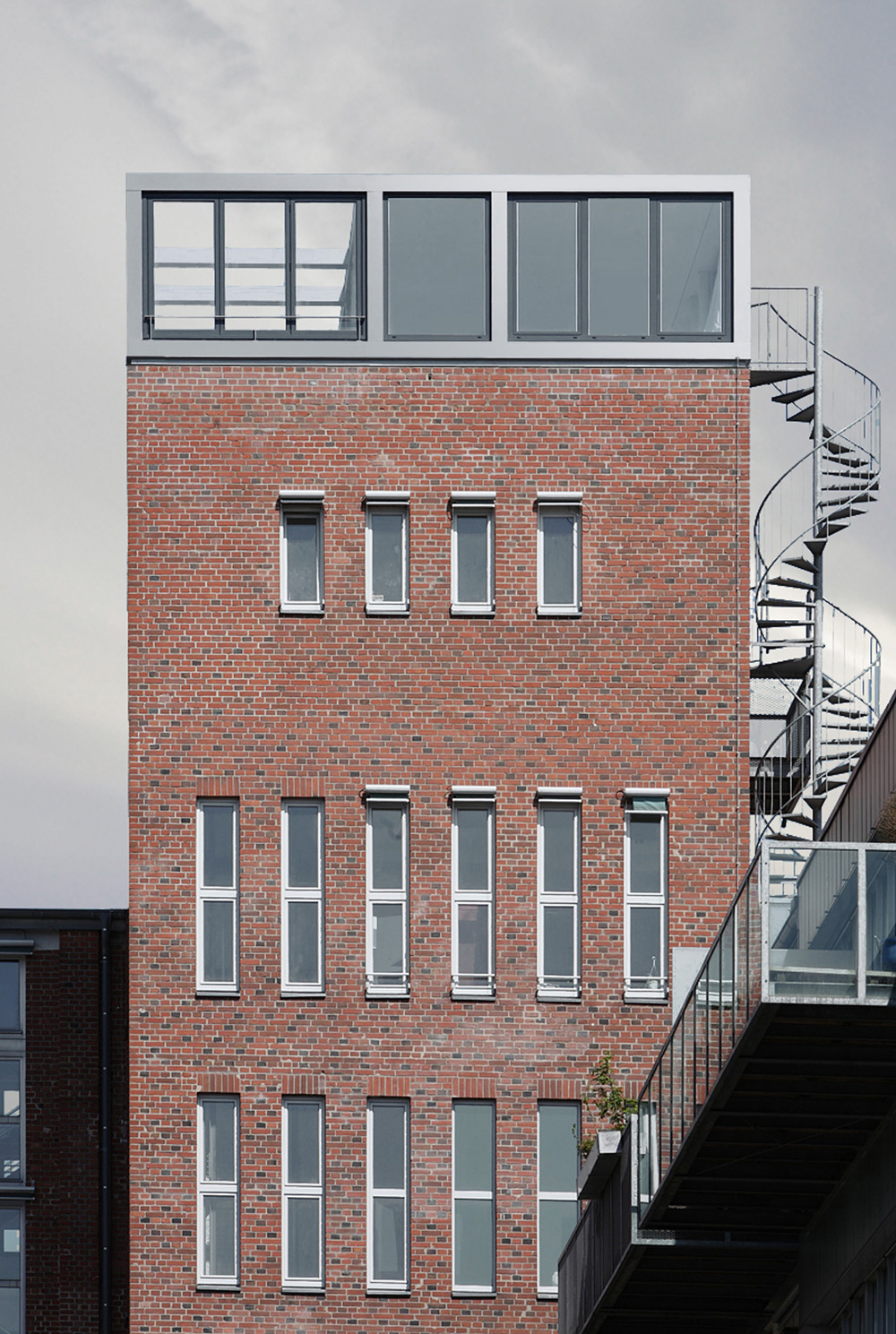 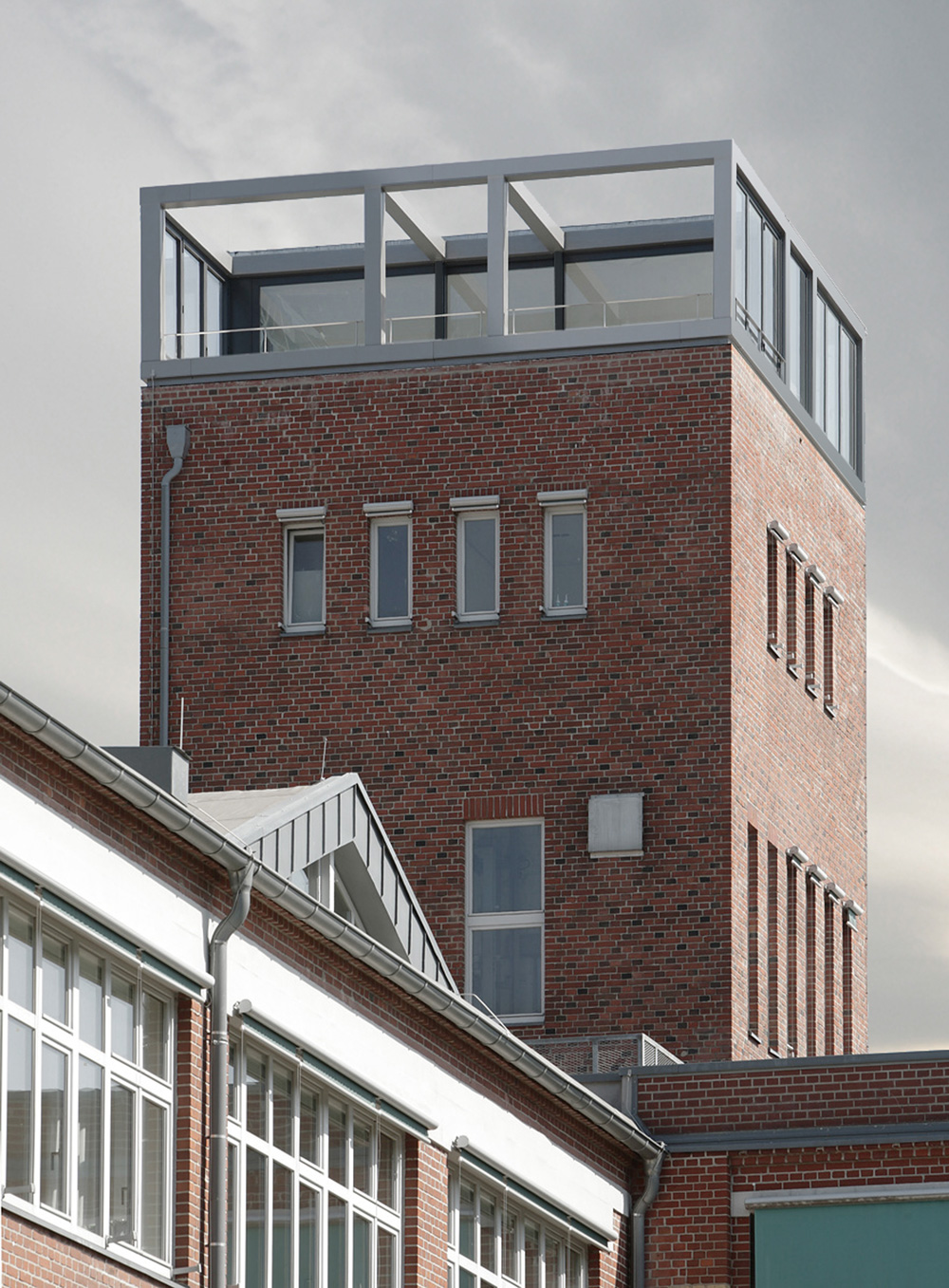 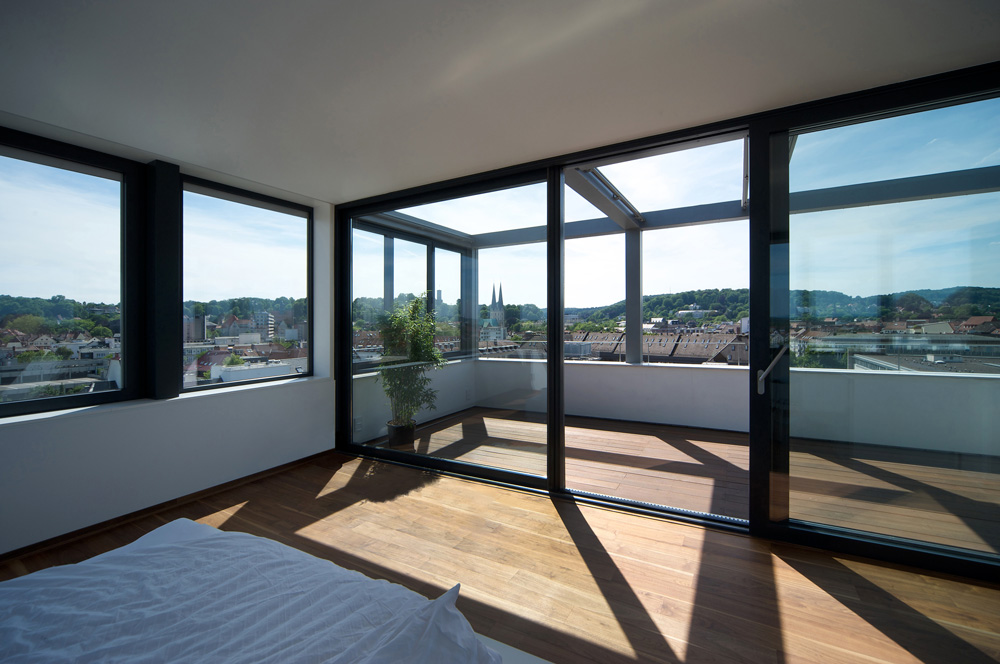 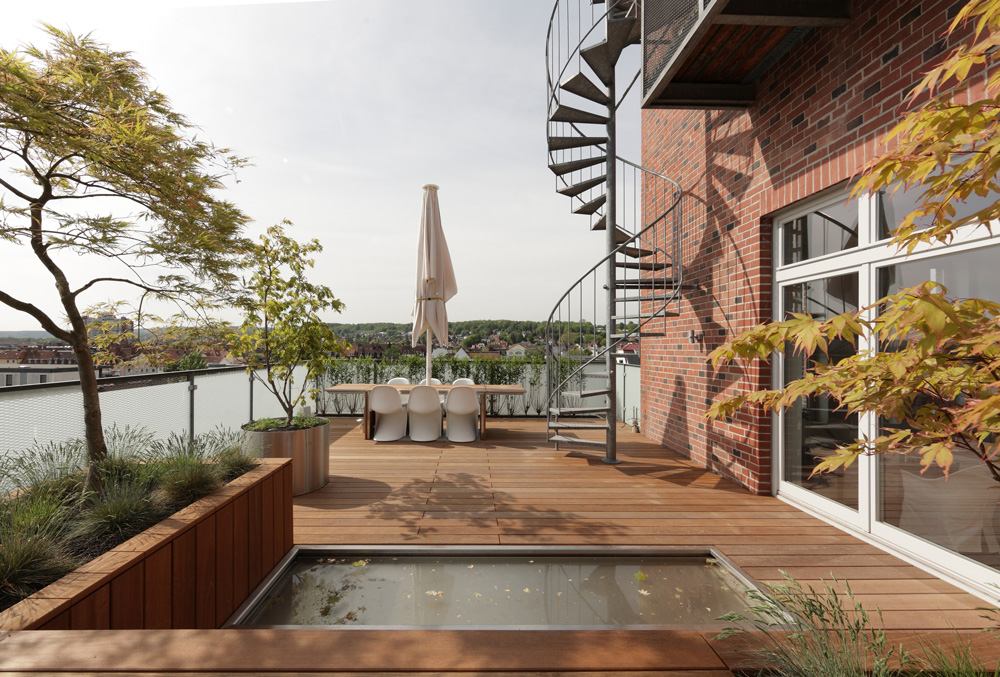 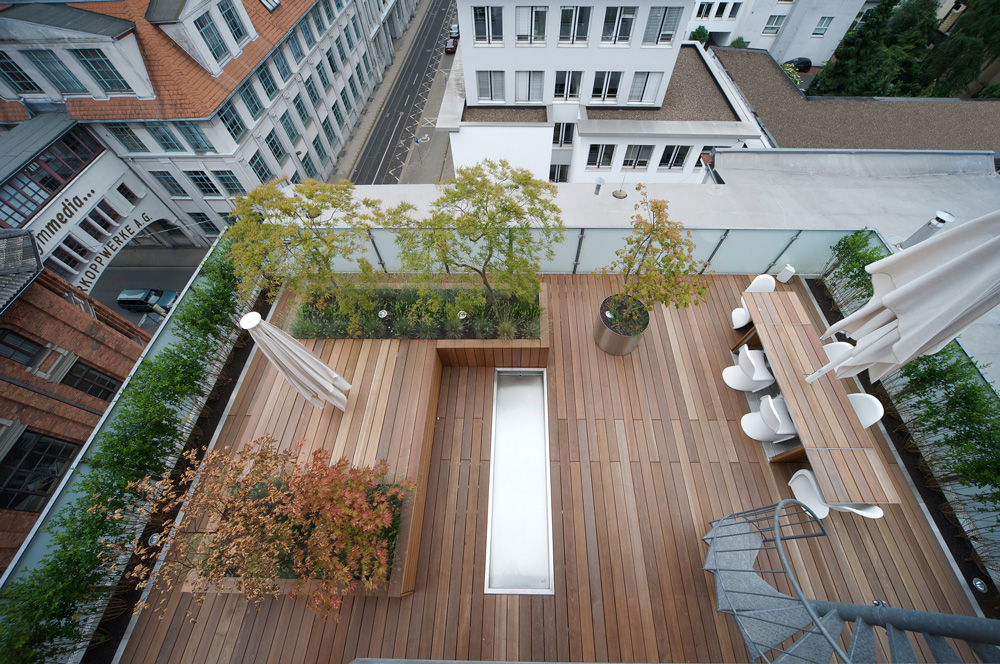 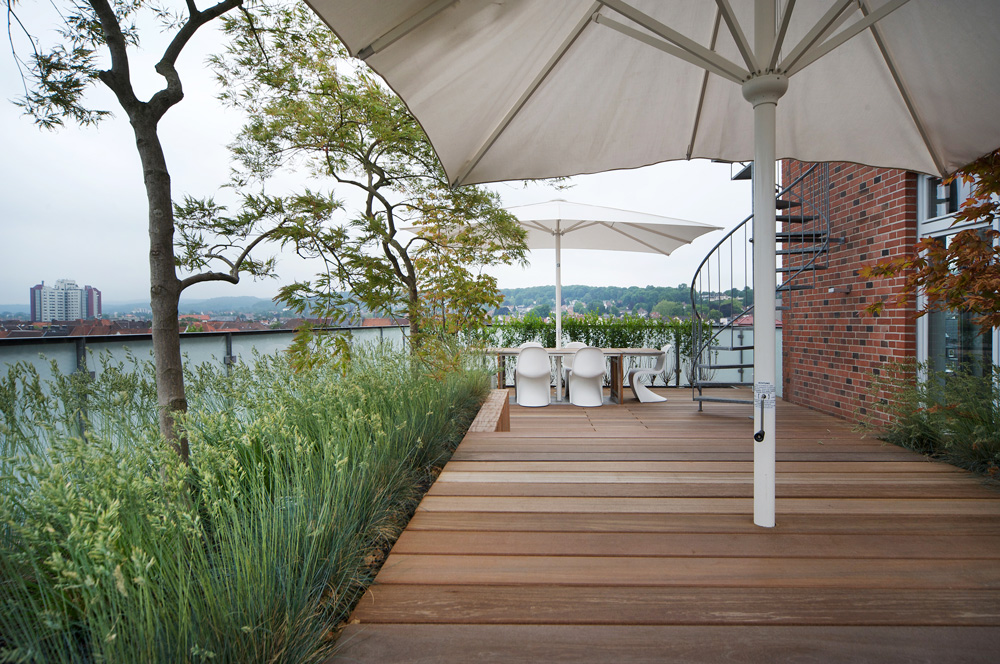 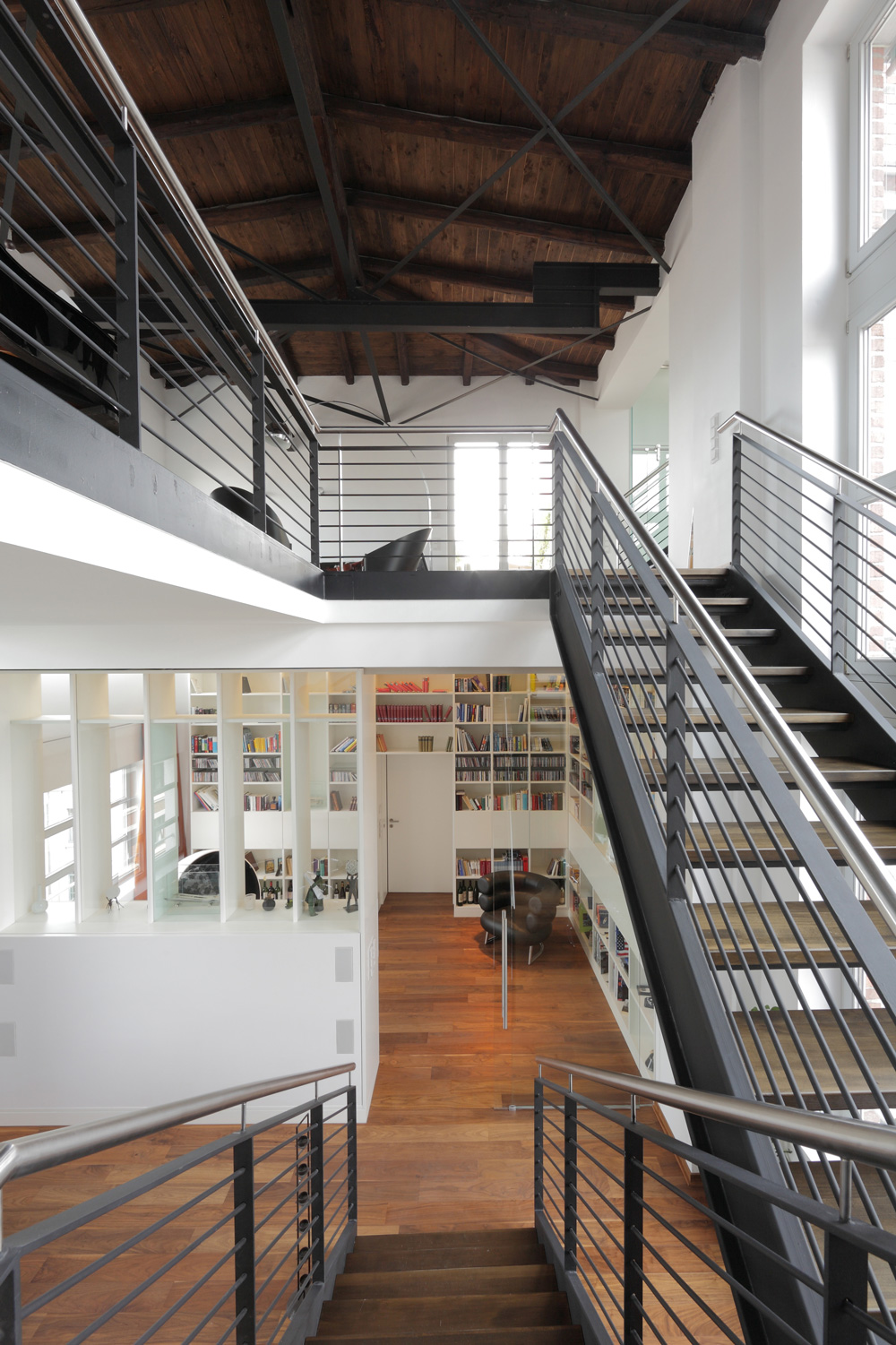 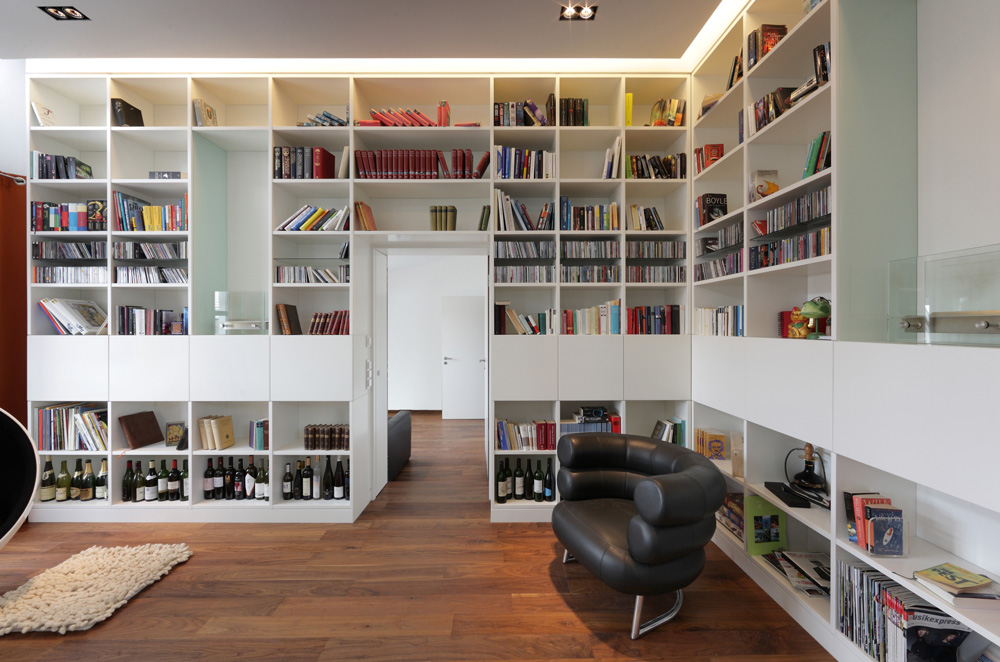