The high demand for student housing is the reason for the initiation of this new development on the edge of Bielefeld's city centre. It was only in 2009 that a new land use plan was approved for this area, prescribing two-story detached houses with sloping roofs for this location on a narrow building plot. Following on from this, the draft provides for the establishment of four detached houses, each with two floors and a stacked storey.

In order to minimize costs, only a few types of schemes were developed which would be used for all four houses. Each house has 6 flats, each shared by two students. The students have their own private rooms but share kitchen and bathroom. Also the lack of basements was due to economic considerations. The required storage rooms are arranged on the first two floors opposite the flats. This reduced construction costs and also minimises the distance covered to get to these rooms.

All houses have exterior walls clad with an external thermal insulation system. They are painted in different colours so that each house is distinct despite identical floor plans. The attached balconies as well as the entrances to the buildings are clad with powder coated aluminum sheets, which stand in contrast to the colours of the walls. 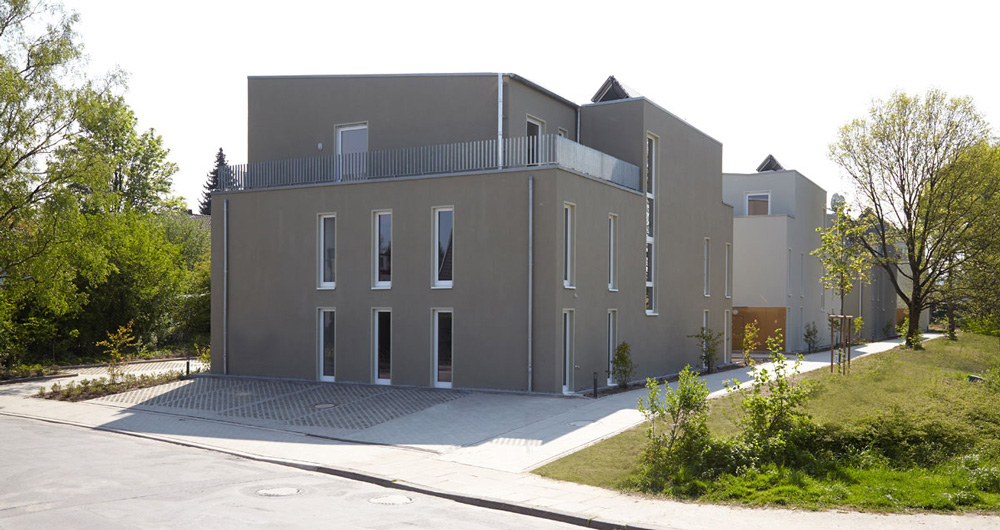 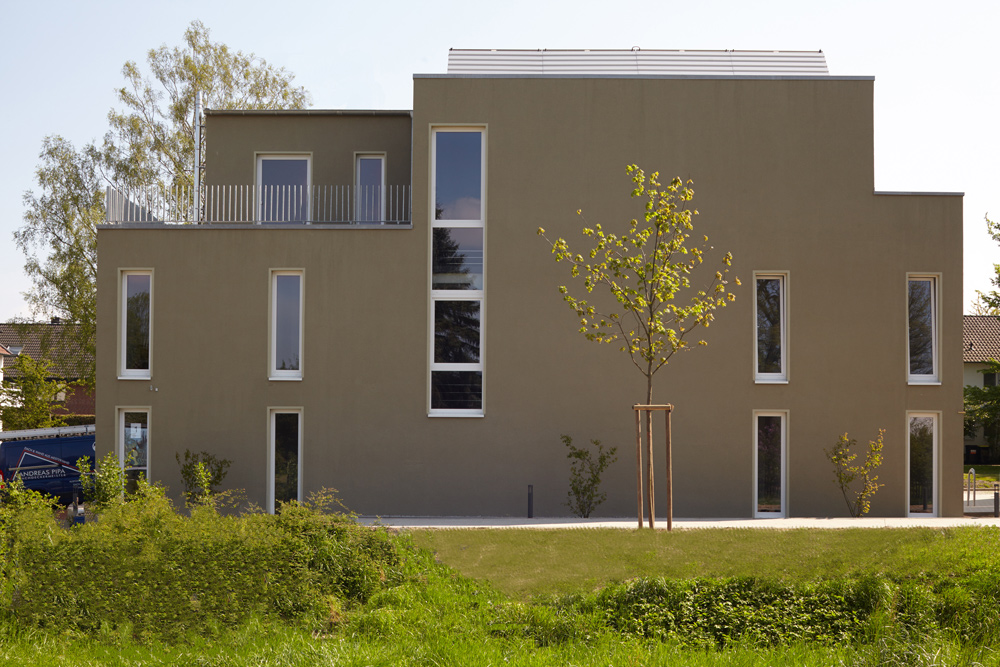 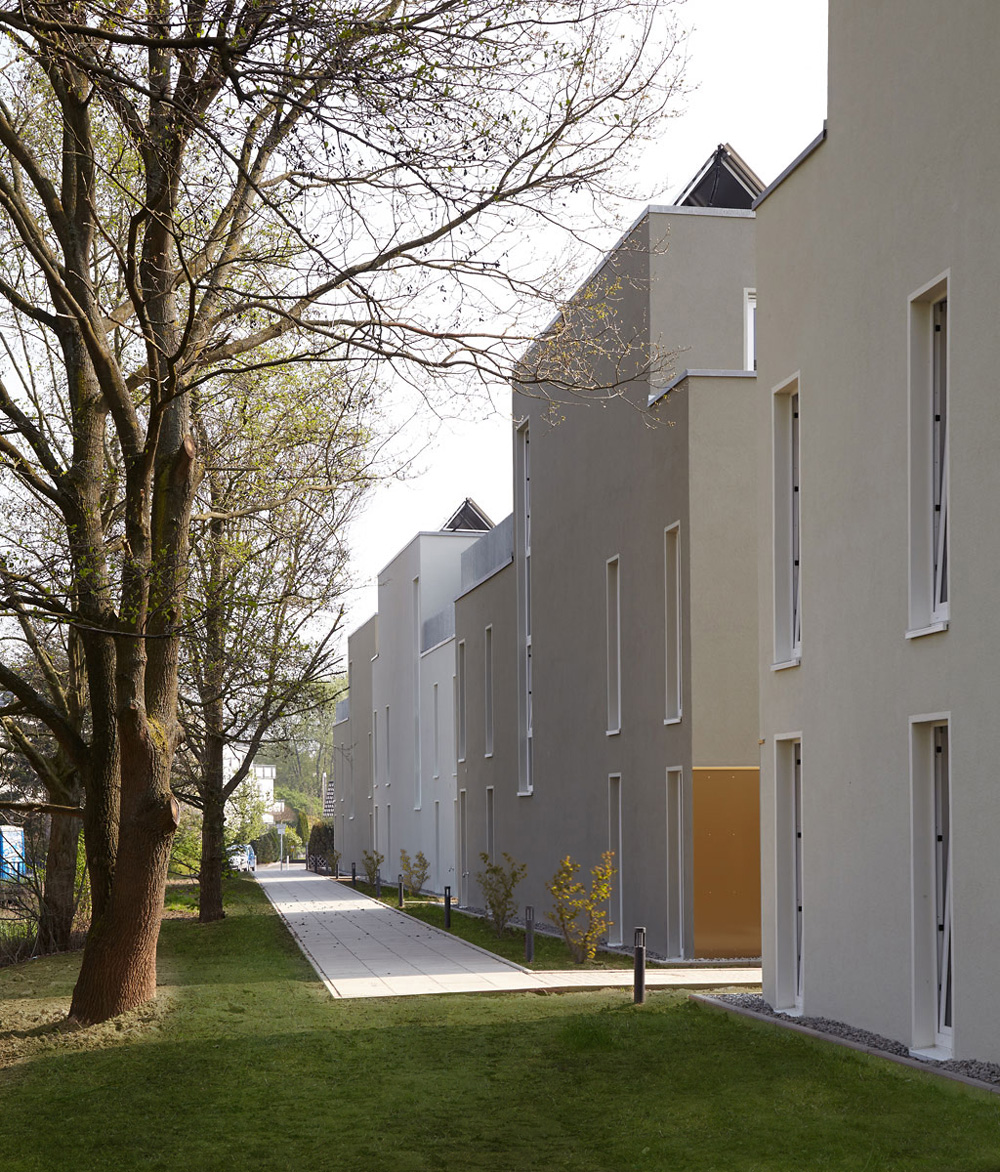 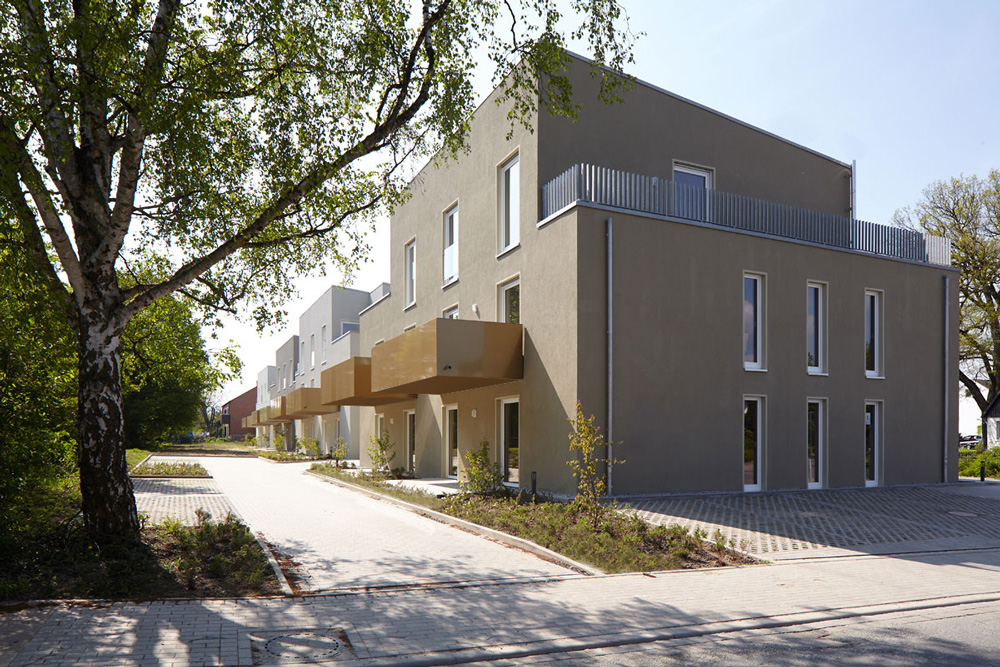 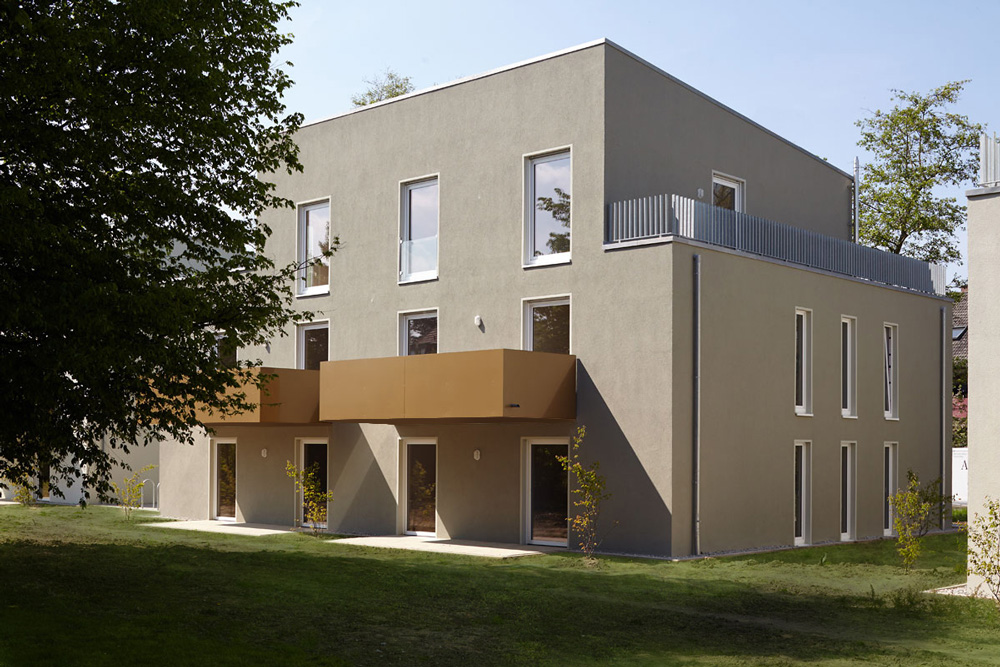 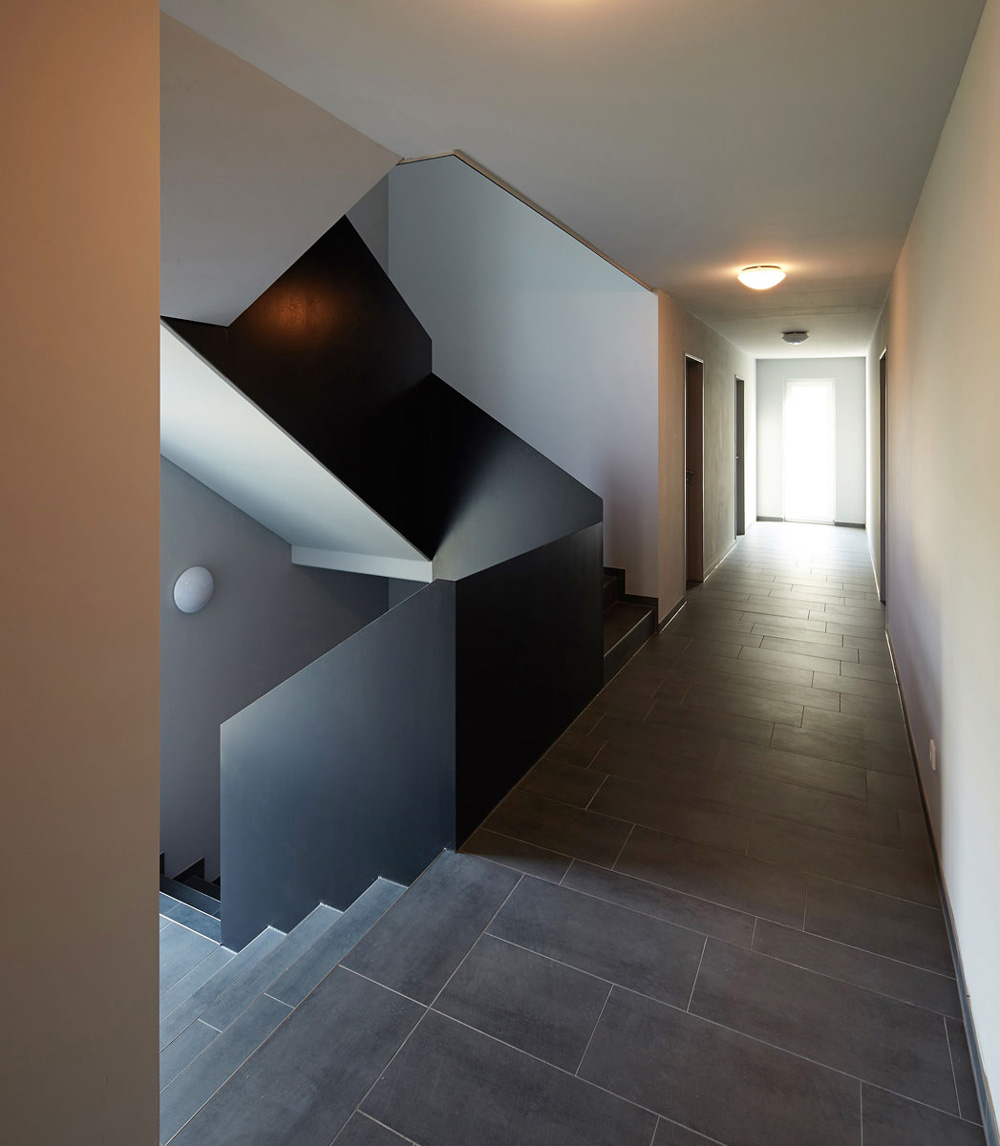 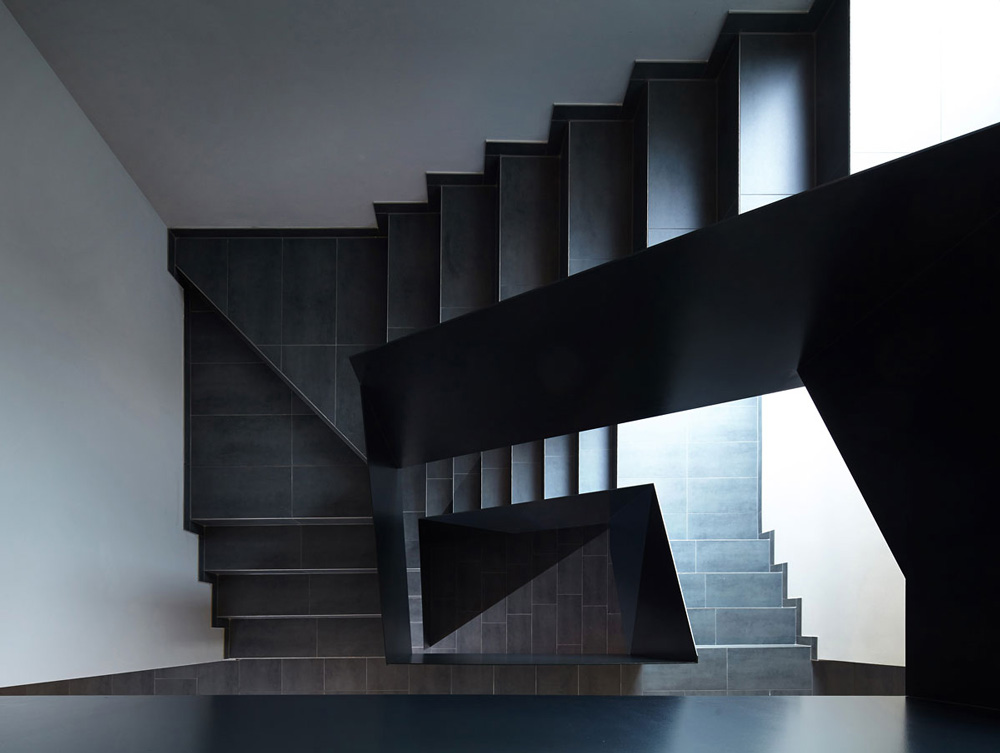