With the decision to convert the two bunkers to a museum, the buildings are subject to a shift in content, which is intended to be made visible to the public. This is done first and foremost by adding another storey to the existing roof areas of both buildings. As sculptural roof structures they will be perceived from far away. In addition, openings are cut in the exterior walls. They allow glimpses into the inside of the bunkers and make the buildings appear less defensible. They open up to the outside world, thus breaking down inhibitions and inviting the public to participate in their content.

In addition, the design intends to integrate the new museum into its urban environment by upgrading the adjacent outdoor spaces. South of the buildings, the small square along Burg Street is being redesigned and transformed into an adequate entrance situation to the museum. North of the buildings, the existing staircase starting at Lämmergasse is reactivated. On its way to the museum’s entrance, it ends halfway up in a newly created courtyard, which offers space for exhibitions and other events.

The distribution of the various functions follows a simple principle. All exhibition areas are in the northern building, all special uses are in the western building through which the museum is also accessed. In order to create an inviting entrance here, the existing single-storey porch is removed and a large opening cut into the external wall. The two buildings are connected through an underground passage. In the northern building every second floor is removed, thus creating adequate heights for the exhibition rooms.

The exhibitions will focus on the history of the city of Siegen. At the same time, however, the buildings themselves are veritable testimonies to this history. The way in which these historical buildings are dealt with architecturally is therefore of great importance. The program does not allow for the existing, small-scale floor plans to be preserved. Almost all of the interior walls have to be removed. However, the design does not want to completely extinguish the traces of the removed floors and walls, but rather make them visible as “scars” on the related surfaces. All new components on the other hand are planned to be made of in-situ concrete in a smooth exposed concrete quality, thereby creating a clear distinction between new and old. By doing this an exciting symbiosis of past and present is created giving the rooms a poetic atmosphere. 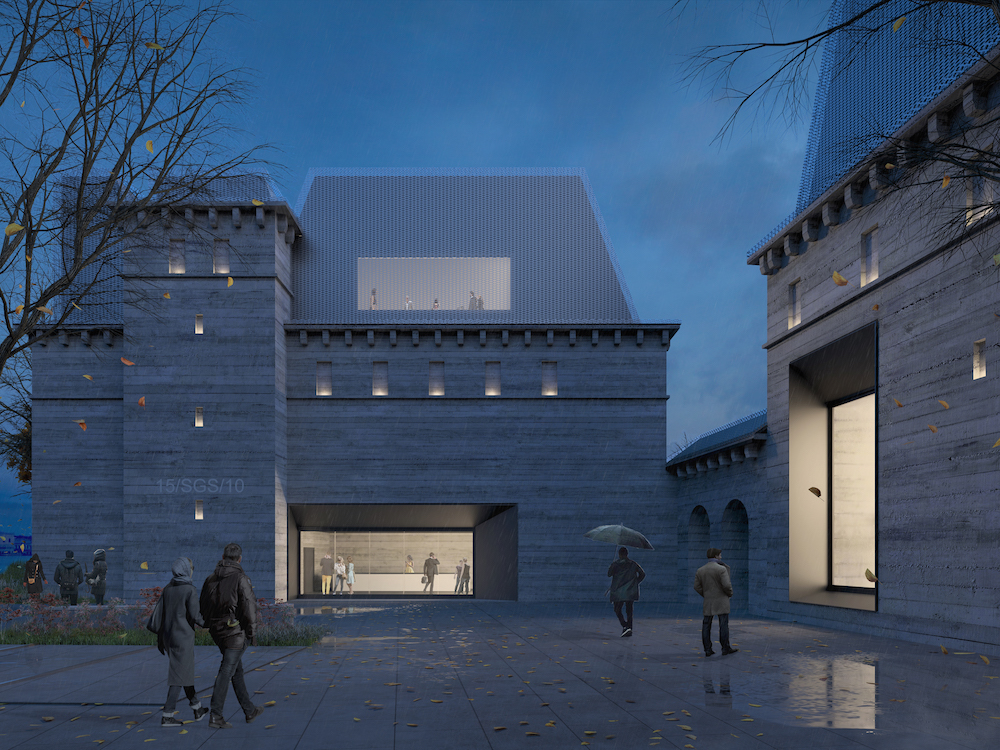 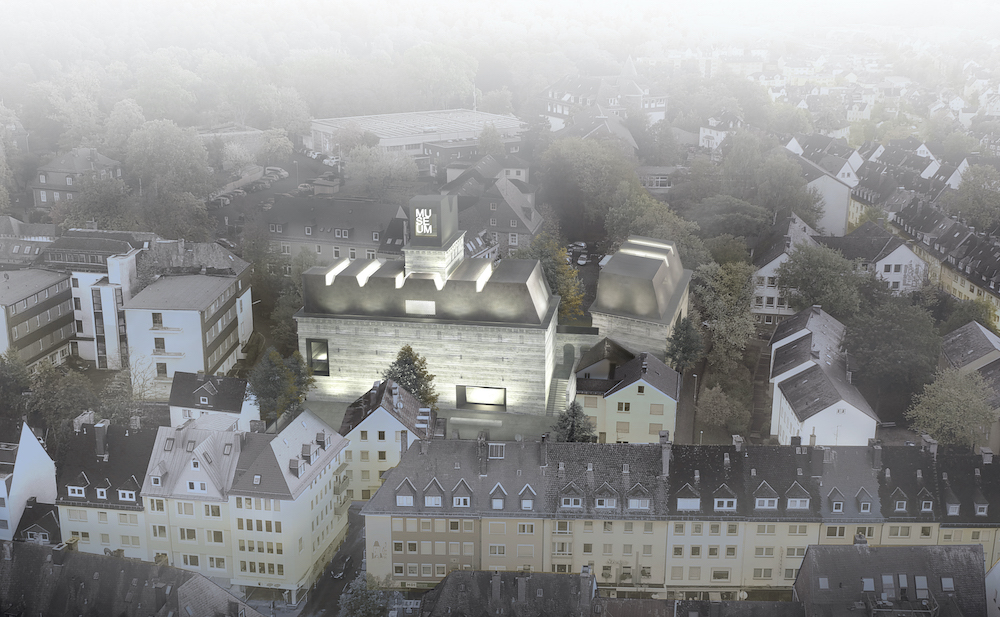 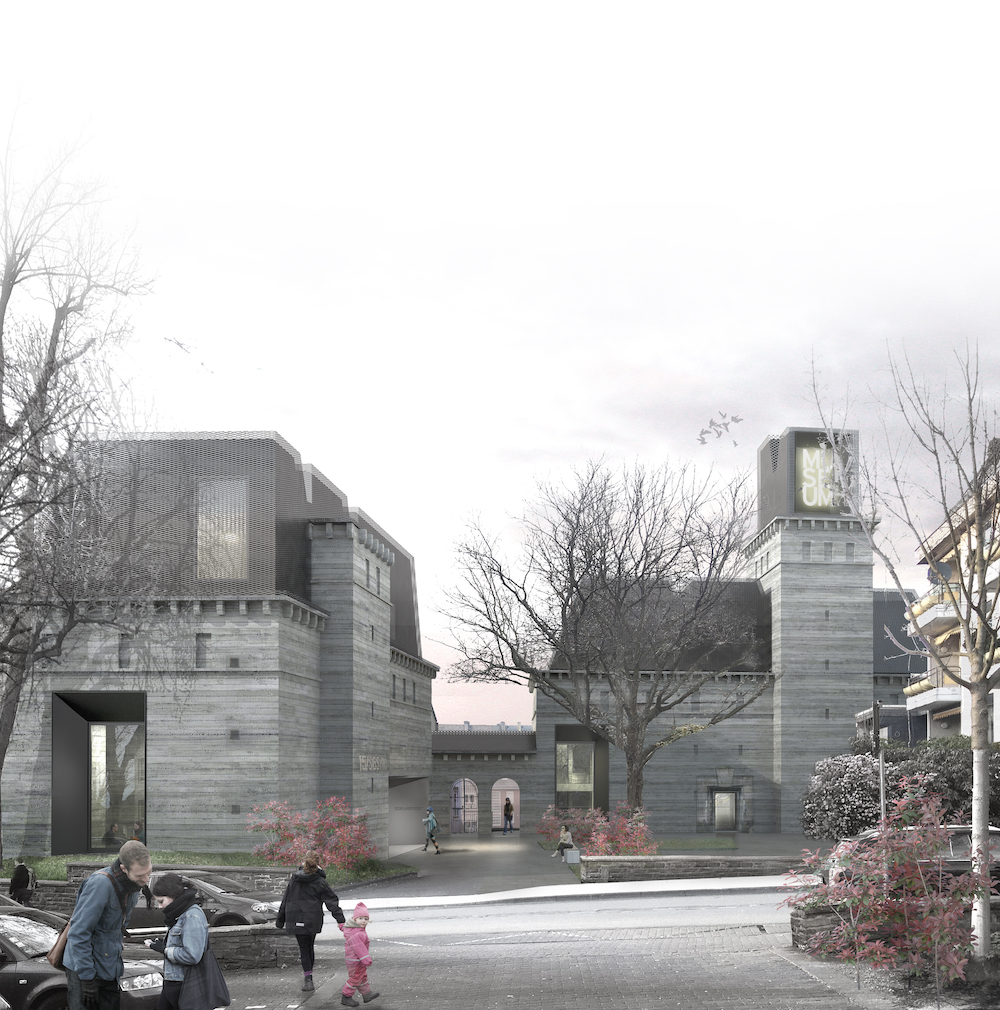 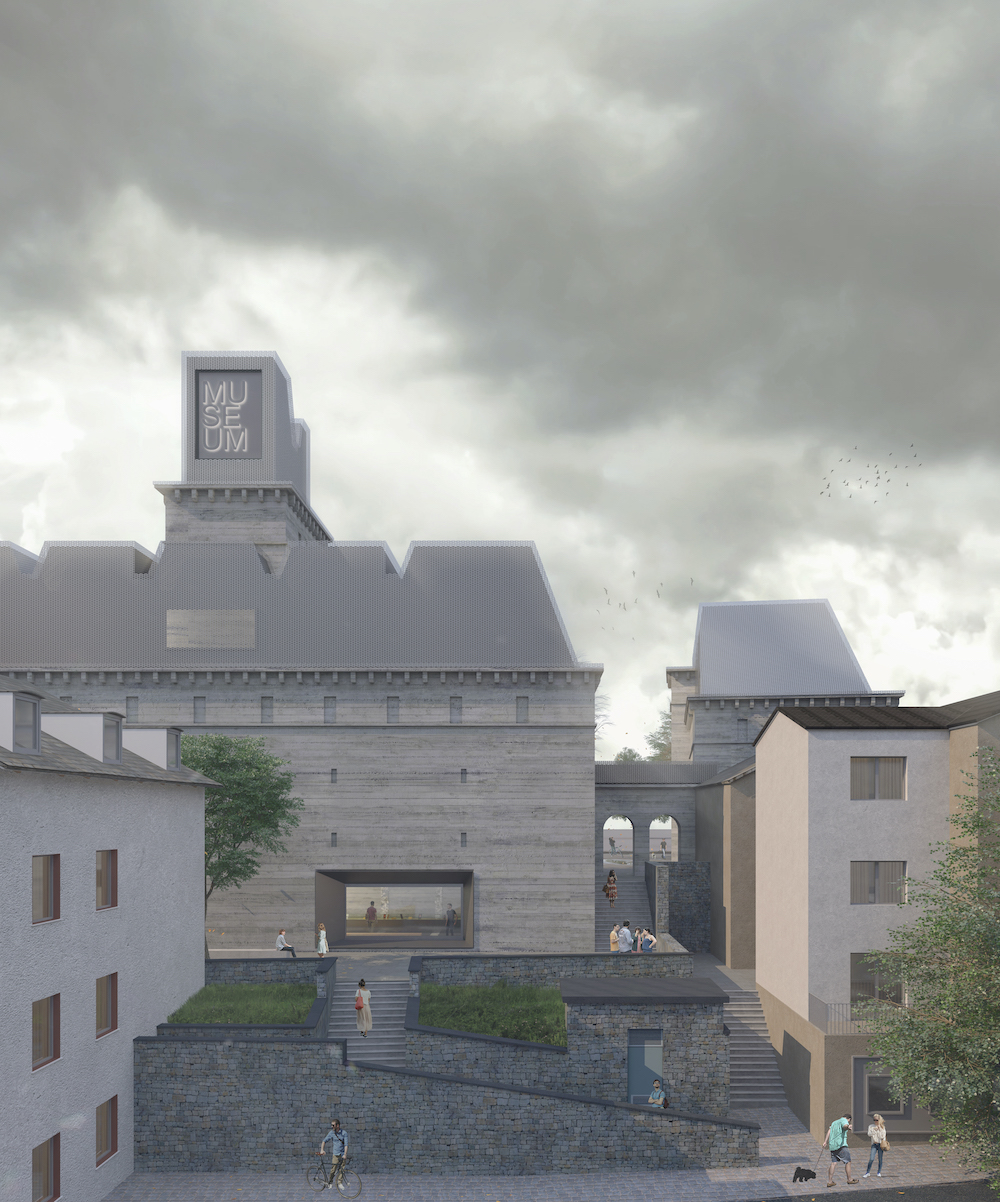 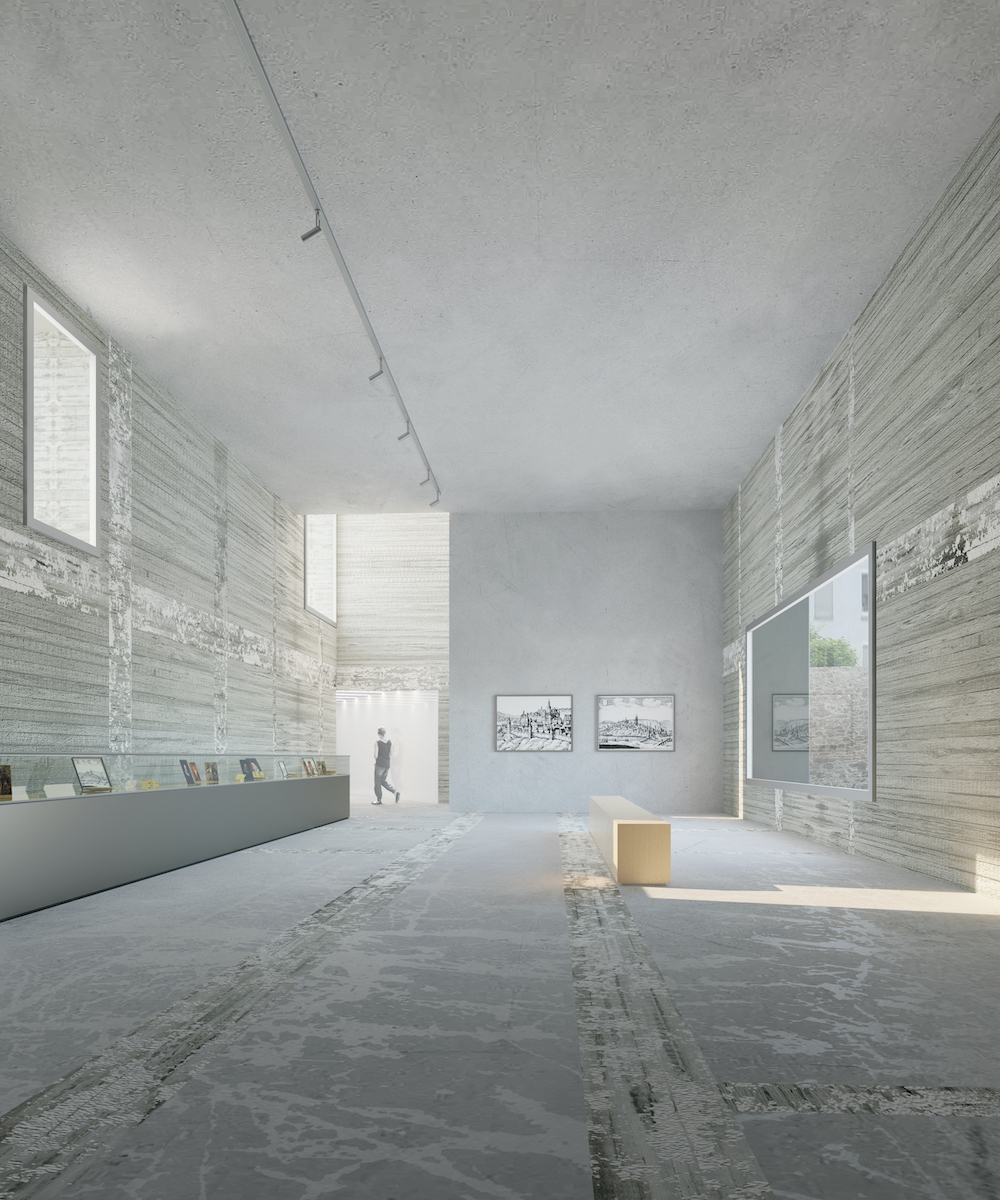 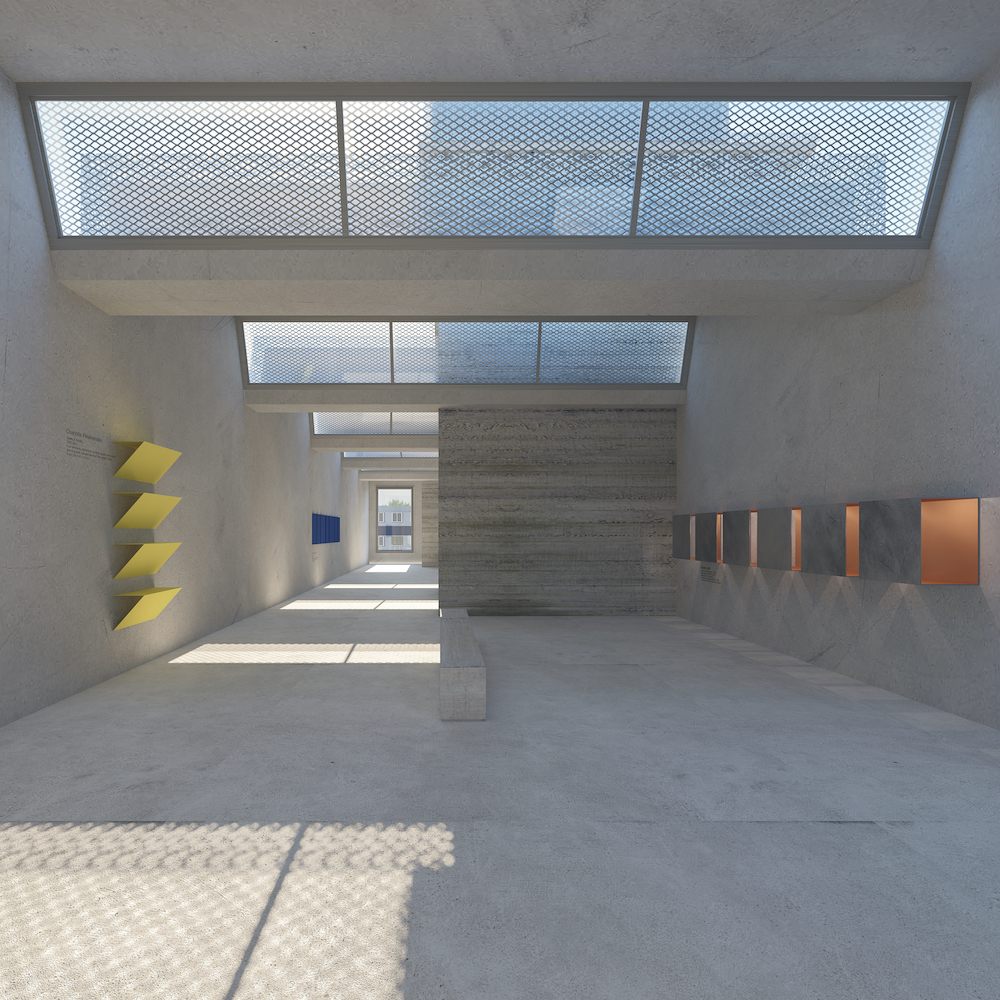