Residential and commercial properties on Oststreet

At the end of the 1960s, the Food and Veterinary Agency relocated to a new purpose-built property in the east of Bielefeld's city centre. The two-storey building had a flat roof and was typical of the architecture of its time. It was a stark contrast to the otherwise quite uniform buildings in the surrounding area, which are detached residential properties with sloped roofs. At the end of the last decade, the agencies moved to another property and the building has been empty ever since.

The property has now been sold and is to be demolished and replaced with a residential building. The new development is considered an opportunity to carefully restore this area's architectural coherence and is intended to make the new structures blend in with the existing buildings in the surrounding area from an both an architectural and planning perspective.

For this purpose, it is being proposed to build 3 separate buildings on the site that will orient themselves on the existing and immediately adjoining buildings along Oststraße street in size and shape. The building located in the north will have the same orientation as the existing buildings on this street, and the one in the east the orientation of the church on Fritz-Reuter-Strasse. The building at the junction between the streets Fritz-Reuter-Strasse / Oststrasse, on the other hand, will put emphasis on the corner in the junction area.

The way the buildings are arranged allows the existing trees to be preserved, which in turn adds to the quality of this residential area. The arrangement also gives rise to a quiet outdoor space that is screened off from the public and will be made available to the buildings' residents as a communal green space.

The buildings in the south and east are connected to one another at the ground floor level. This space is going to be occupied by a Volksbank Bielefeld-Gütersloh branch. The ground floor of the building in the north is also intended for commercial use. The upper floors of the 3 properties will contain 60 to 120 square metre apartments. The buildings will be accessed from Oststraße street and a small semi-public space in front of them directly next to it. The parking for the buildings will be provided in an underground car park, the entrance to which will be located on the northern border of the site. 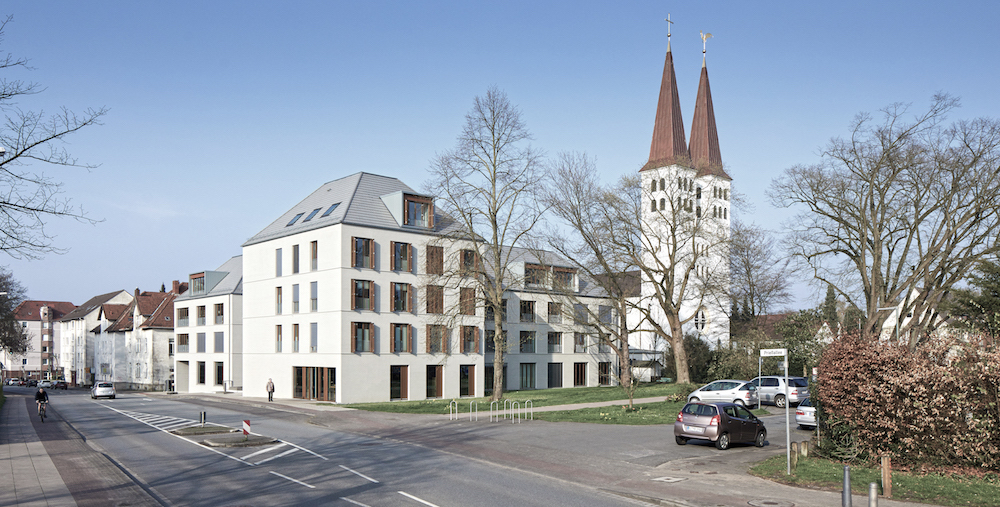 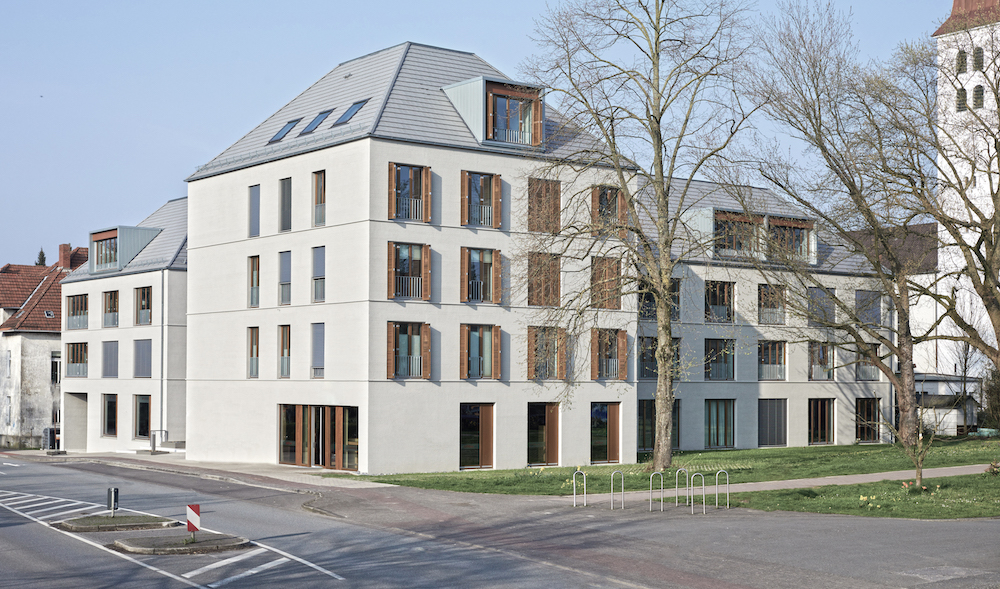 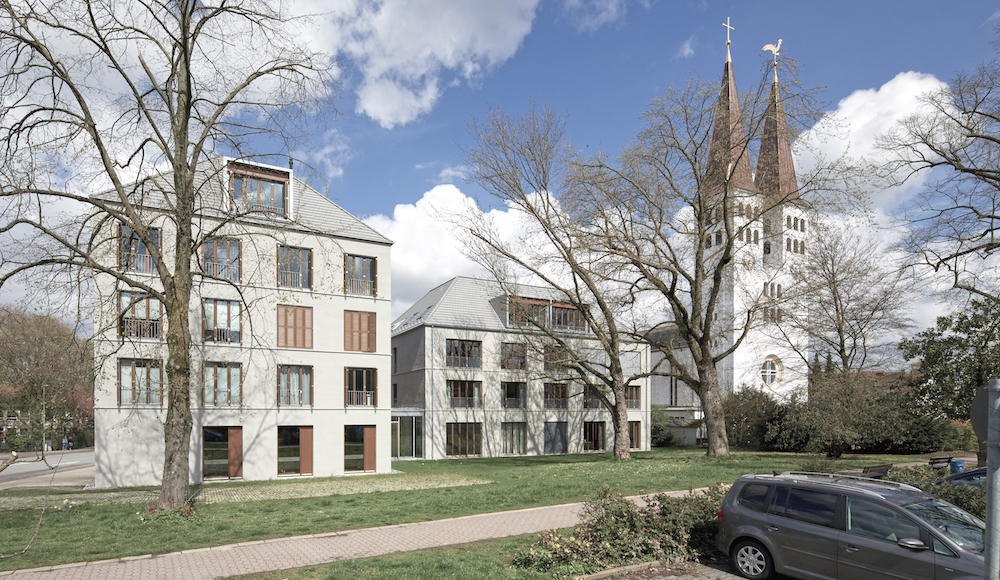 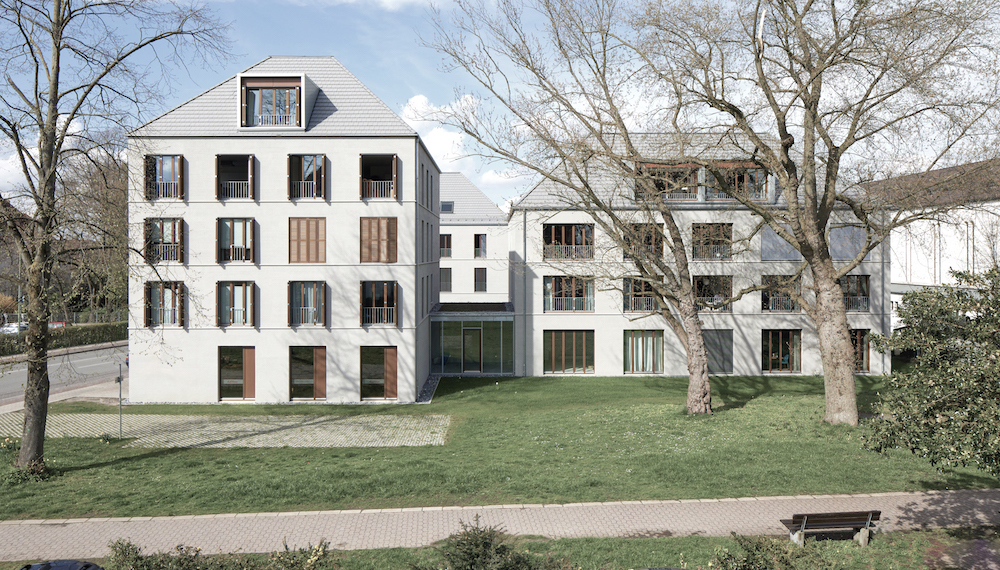 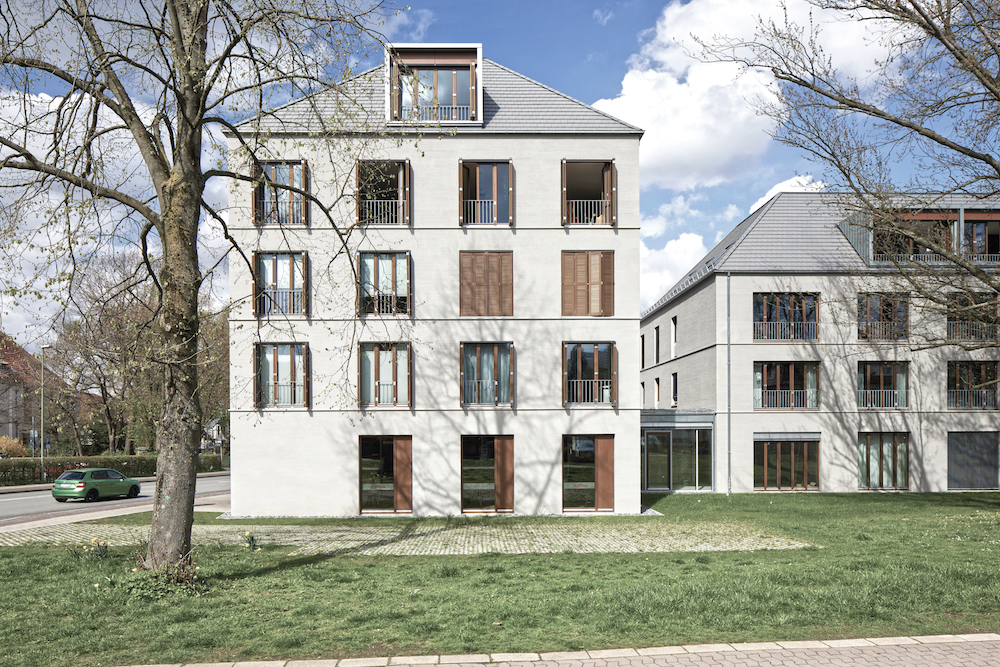 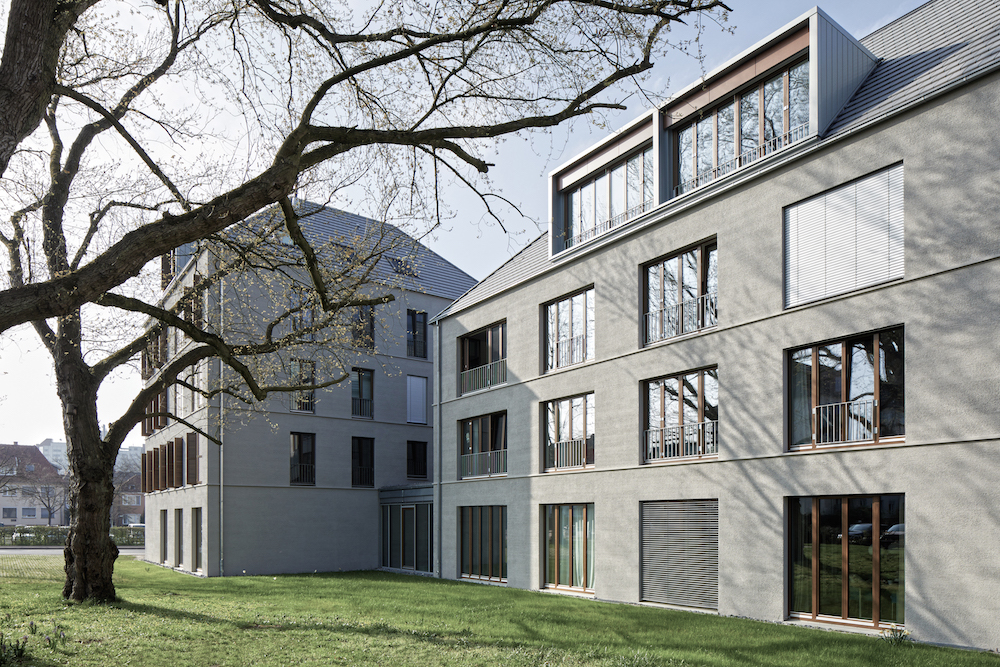 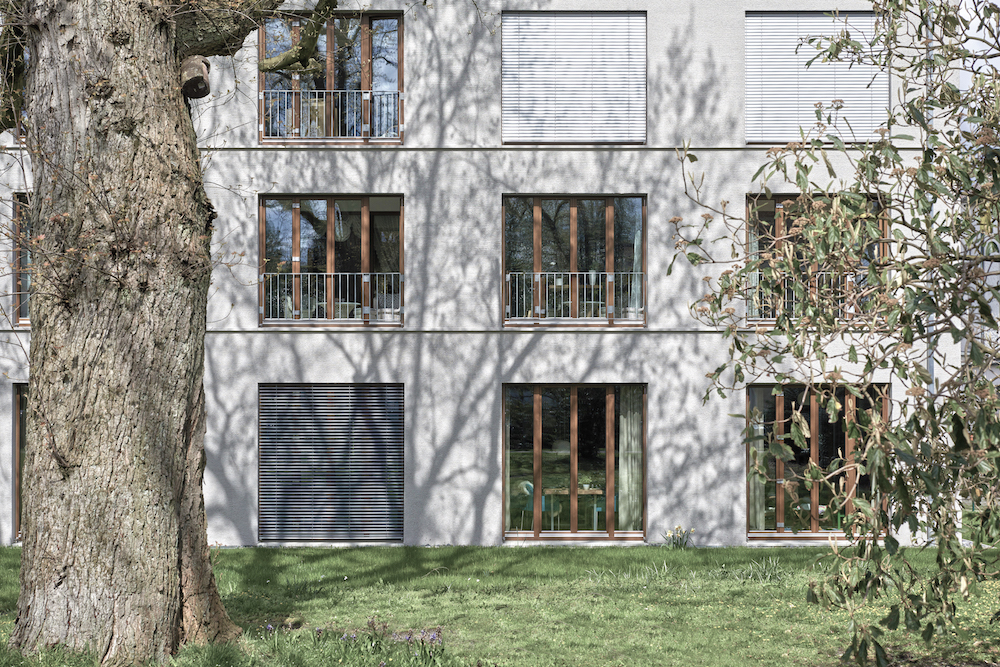 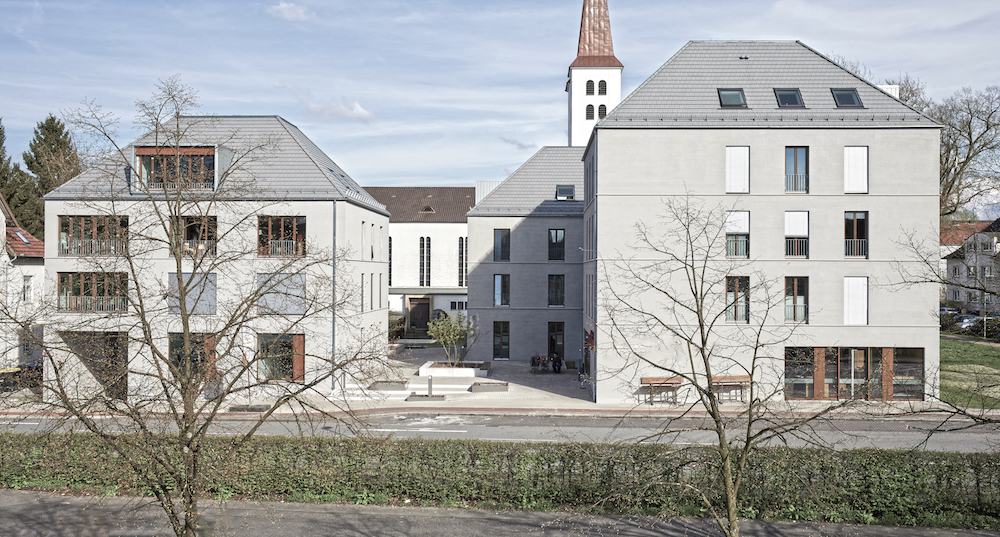 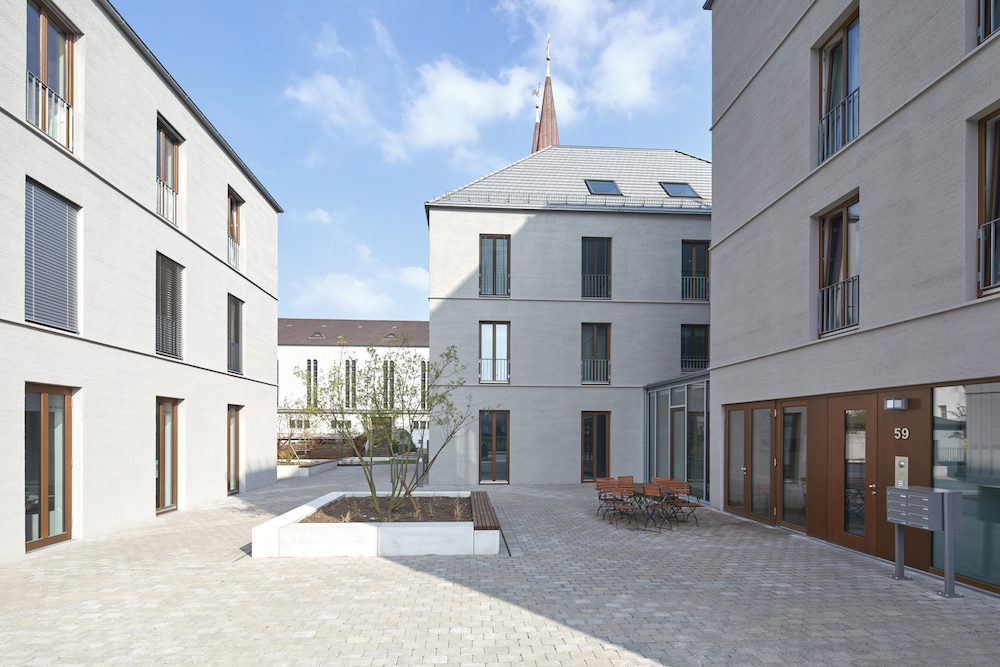 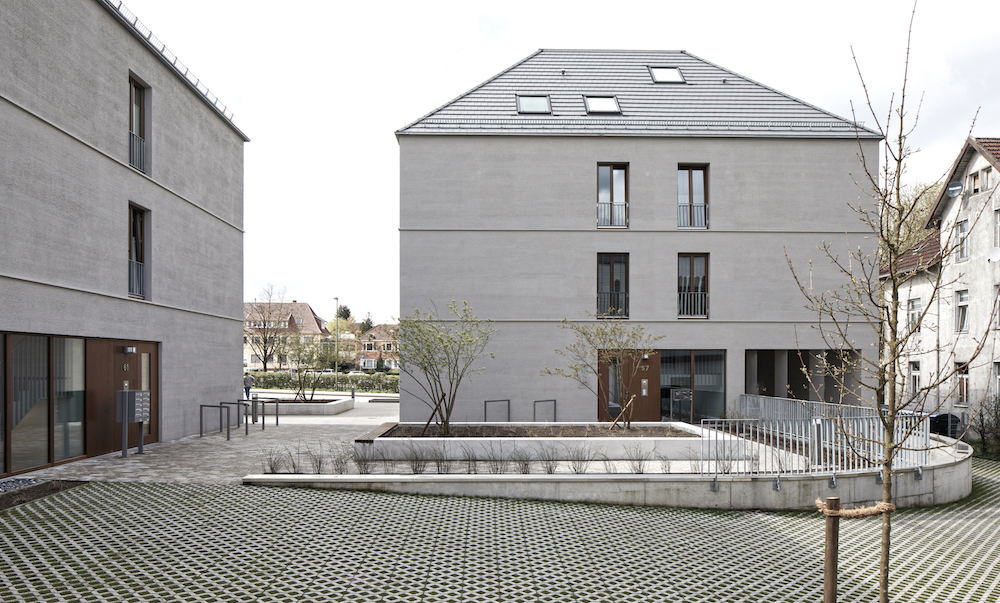 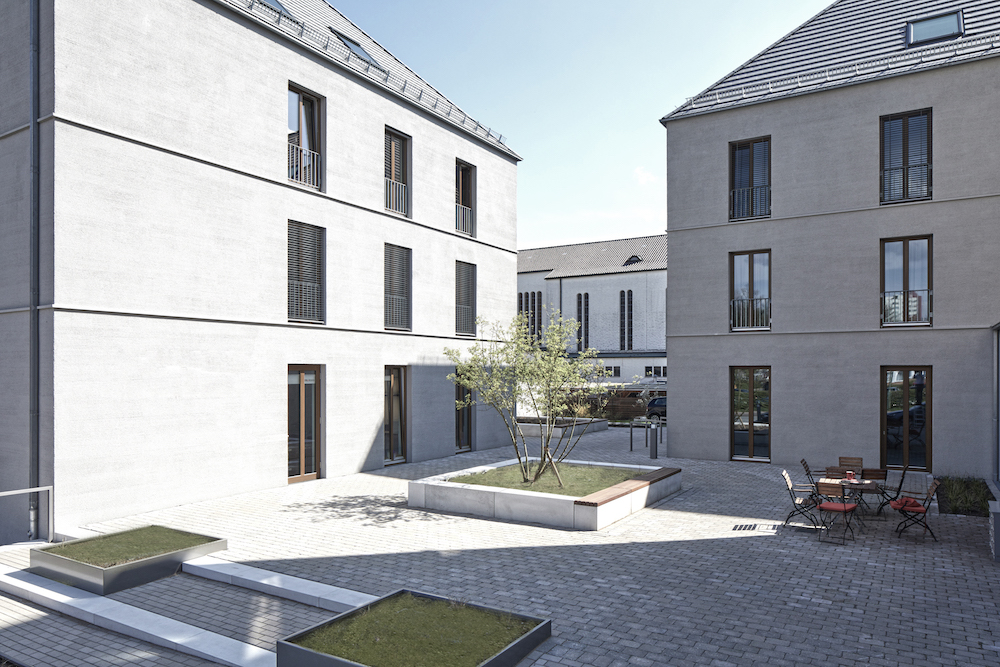 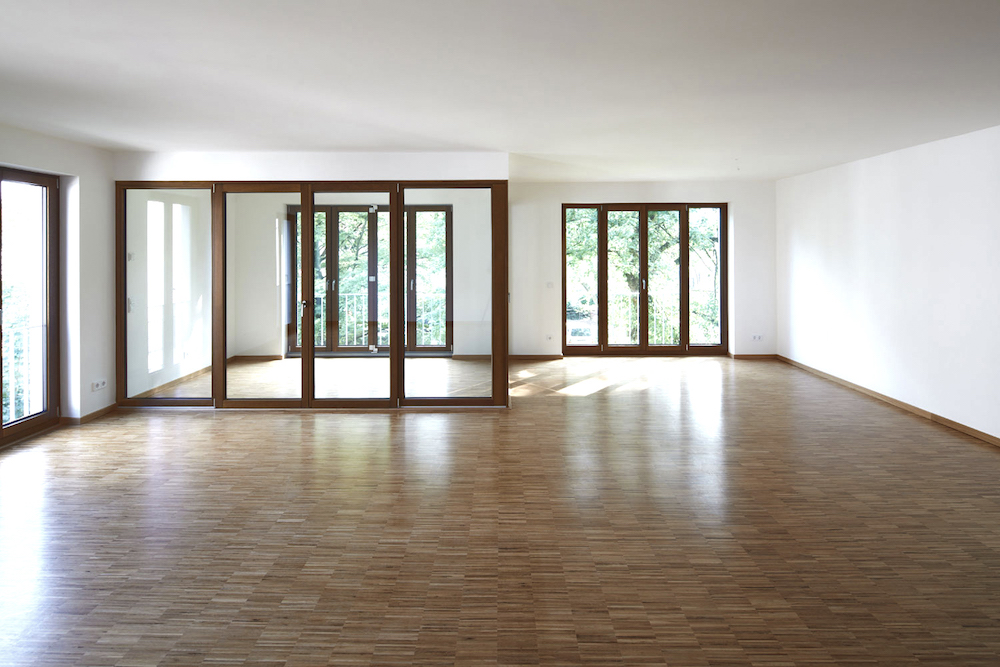 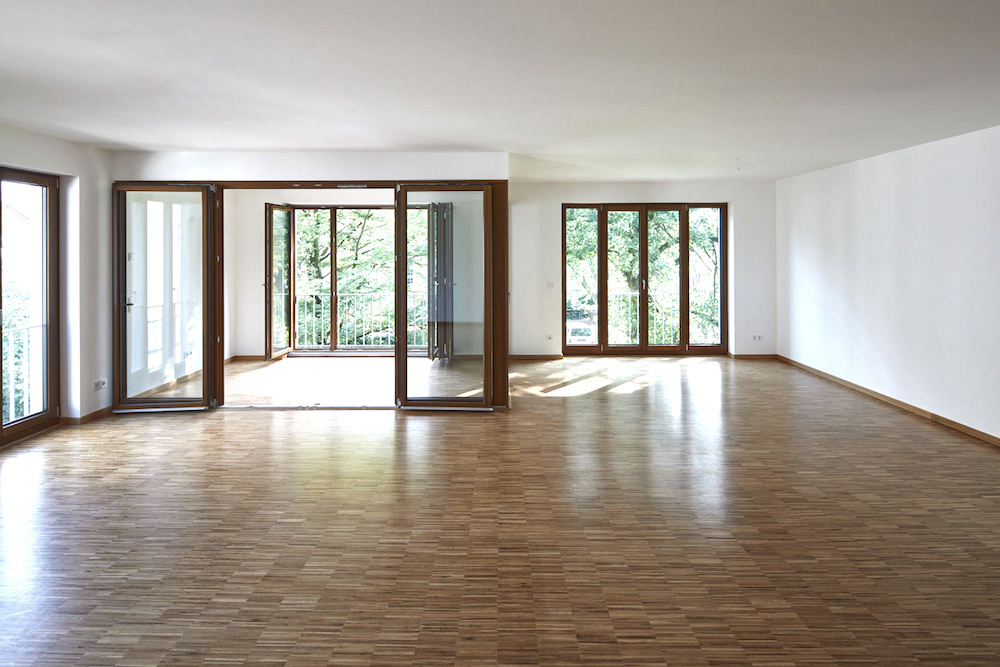